One dead in shooting at North Carolina college 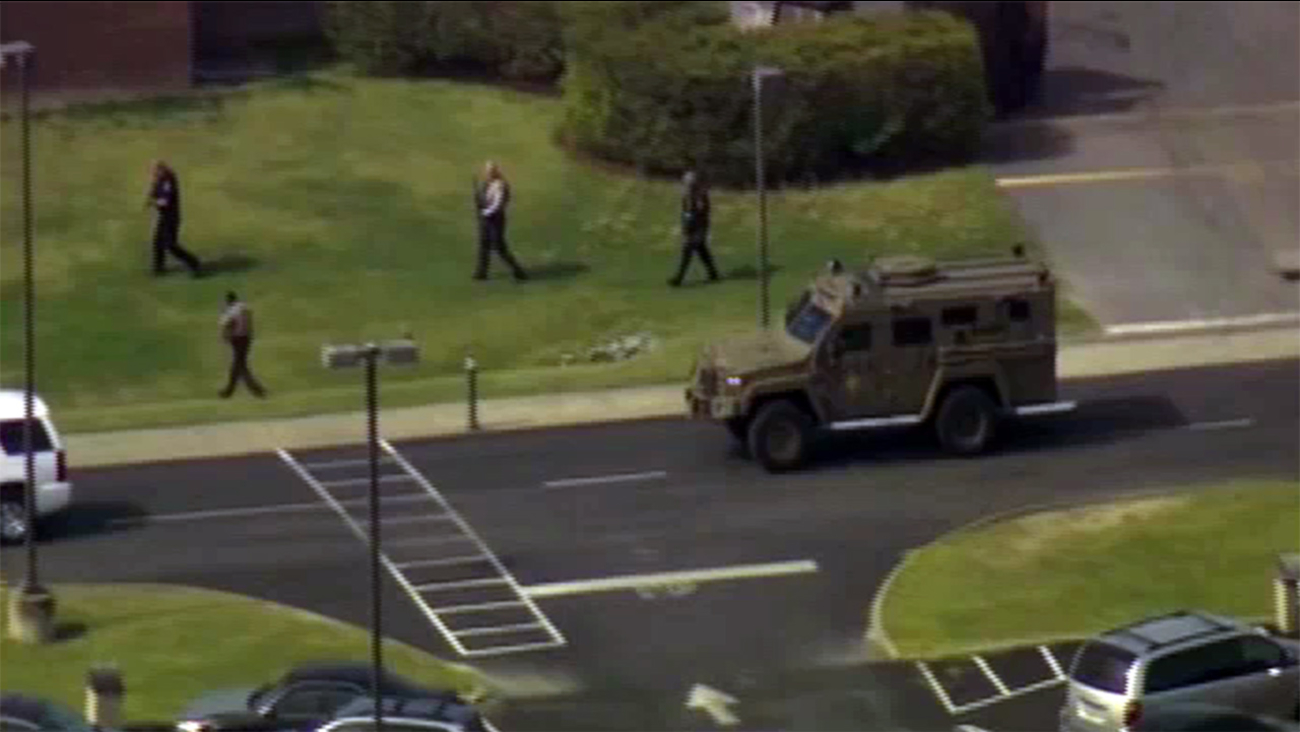 KTRK
GOLDSBORO, NC -- A gunman with a rifle entered a community college campus building Monday morning and killed a print shop operator who had just arrived at work, school officials and authorities said.

The two men knew each other but it's not immediately clear what led to the shooting, according to authorities, who are searching for suspected gunman Kenneth Stancil, a former student. Authorities said they do not believe the shooting was random.

Police have swept the Wayne Community College campus and think Stancil has fled. They are using helicopters and dogs to search for him nearby.

Ron Lane was a long-time campus employee. He was shot to death about 8 a.m. on the third floor of the Wayne Learning Center, which houses the cafeteria and library, school spokeswoman Tara Humphries said.

"There has been one fatality, and there is one shooter," said Kim Best, spokeswoman for the city of Goldsboro, where the school is located.

Wayne County sheriff's Maj. Tom Effler said at a news conference that employees were able to identify Stancil since he had been a student. Authorities weren't sure how he left campus, including whether he left in a vehicle, Effler said.

At one point, authorities thought they had cornered the shooter in a restroom and fired tear gas into it, only to find that it was not Stancil in the bathroom, Effler said.

A student told The Associated Press that he heard a single gunshot and saw officers with their guns drawn storming into the learning center.

First-year student Jovaun Williams, 24, was climbing the staircase inside the building and had almost reached the second floor when he heard a single muffled pop.

It took a minute, he said, for him to recognize the sound was that of a gunshot similar to the kind he heard growing up in a tough neighborhood near Long Beach, California. He didn't know where it came from.

"You hear a shot and my biggest things is, get out of there," he said. "It definitely wasn't where I was at, so that was good enough for me."

By the time he walked back downstairs, he saw police officers running into the building with their guns drawn.

Authorities have described Stancil as a white man, about 5-foot-11, with a goatee and a tattoo over his eye.

First-year Student Joniece Simmons, 19, said she was sitting on a bench outside the learning center when two officers with rifles and a third with a drawn handgun ran toward the building, shouting for students to take cover in a safe place. She and others ran inside to the cafeteria and locked the door.

Though they were urged to stay silent, some students still wanted to talk. "I was like 'hush, it's serious.' I was crying," Simmons said.

The campus remained on lockdown Monday afternoon and classes were canceled, the college's website said. After the shooting, the parking lots were clear and the campus was mostly empty.

Nearby, the private Wayne County Day School - with about 300 students in prekindergarten through 12th grade - also was on lockdown, said Melissa Watkins, a volunteer parent receptionist at the school.