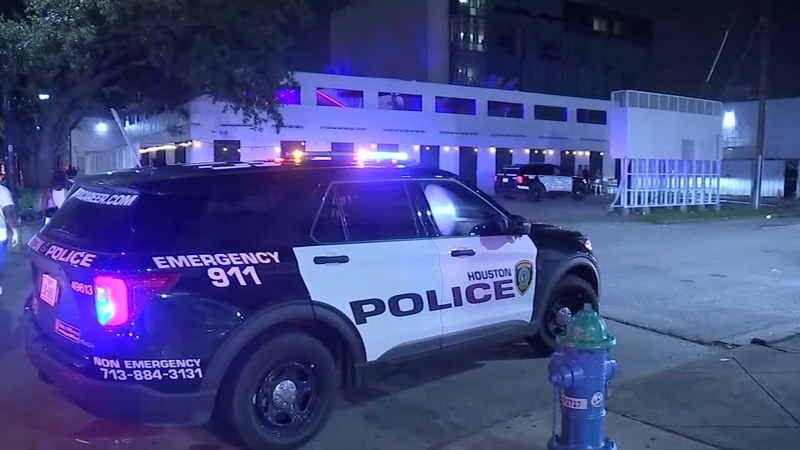 In a statement issued on Monday, TABC said it has issued a seven-day suspension of the club's license to sell alcohol.

"TABC has issued a summary seven-day suspension of Cle's license to sell alcohol following the incident Monday morning. The agency was notified of the shooting early Monday and immediately began an investigation, which remains underway. Once the seven-day summary suspension has ended, the club can resume operations pending the results of the investigation," the TABC wrote.

Since June 26, the agency has conducted nearly 30,000 inspections, finding fewer than 800 total infractions.

According to HPD Chief Troy Finner, at about 1:21 a.m. officers responded to a call at the club on 2301 Main, where multiple people were shot. Police say a Harris County deputy working an extra job witnessed the shooting and fatally shot an armed suspect. Three other patrons were shot. One died at the scene and two others were taken to the hospital. As of Monday afternoon, one was in critical condition.

"As I was running, my phone got knocked out of my hand," said a patron, who preferred to stay anonymous.

Shoes and belongings were left behind as people ran out, fearing for their lives. One woman told ABC13 she was terrified as she ran, trying to avoid being hit by the gunfire.

"I can tell you right now, it's a difficult scene. A lot of moving parts. We're still in the early stages of it," Finner said early Monday. "We have two males dead inside. Two males transported to the hospital - one critical, one stable."

No deputies were injured. The names of those shot have not been released.

As the investigation continues, police are asking that anyone with information call HPD's special investigations unit at 713-308-3600.

Investigators just came out of the club and waived the guy in the white shirt over. It’s not clear if he was in the club, saw something, or knows someone who was shot. But detectives are spending some time with him... pic.twitter.com/opuInTFzLR