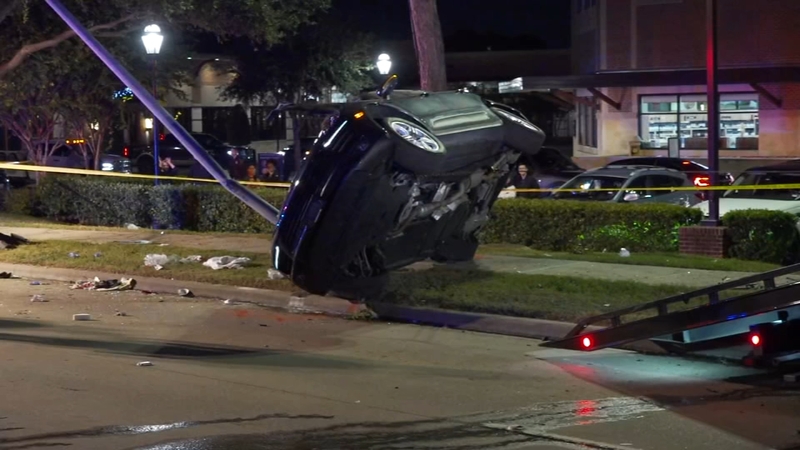 FORT BEND COUNTY, Texas (KTRK) -- Four teens were hurt Saturday when the Porsche they were in hit a curb and rolled over, ejecting one of them during the crash.

It happened around 8 p.m. on Commercial Center Boulevard. near Cinco Ranch Boulevard.

The Porsche was traveling at a high rate of speed when the crash happened, according Fort Bend Sheriff's deputies. The teens inside were between 16 and 19 years old.

Two of the teens were airlifted to hospitals. The other two were taken by ambulance. One of the occupants was pinned in the wreckage and had to be cut out by firefighters.