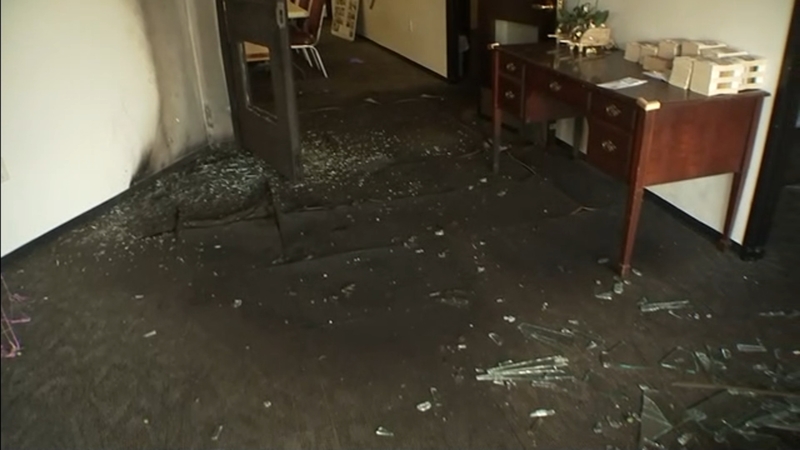 HOUSTON, Texas (KTRK) -- Police are investigating after two cans of chemicals were set on fire inside a church on Houston's west side.

Authorities responded to reports of a fire at the Thien An Presbyterian Church on Boone Road just before 7 a.m.

The pastor told ABC13 that he made the discovery as he was getting ready for a morning prayer service.

Investigators say it looks like someone targeted the church by using a shopping cart to break through the front window and set the fire.

At first, the pastor said he thought it was the work of thieves until he realized nothing had been taken.

He says the church isn't a total loss despite the smoke damage, burned carpet and chairs.

The church has been located on the west side for almost 20 years, and has only seen the occasional break-in.

"Nobody is hurt, that's good. The building got burned, but God kept it contained to a small area," Rev. Viet Ho said.

The Bureau of Alcohol Tobacco and Firearms along with the Houston Fire Department are investigating the fire.