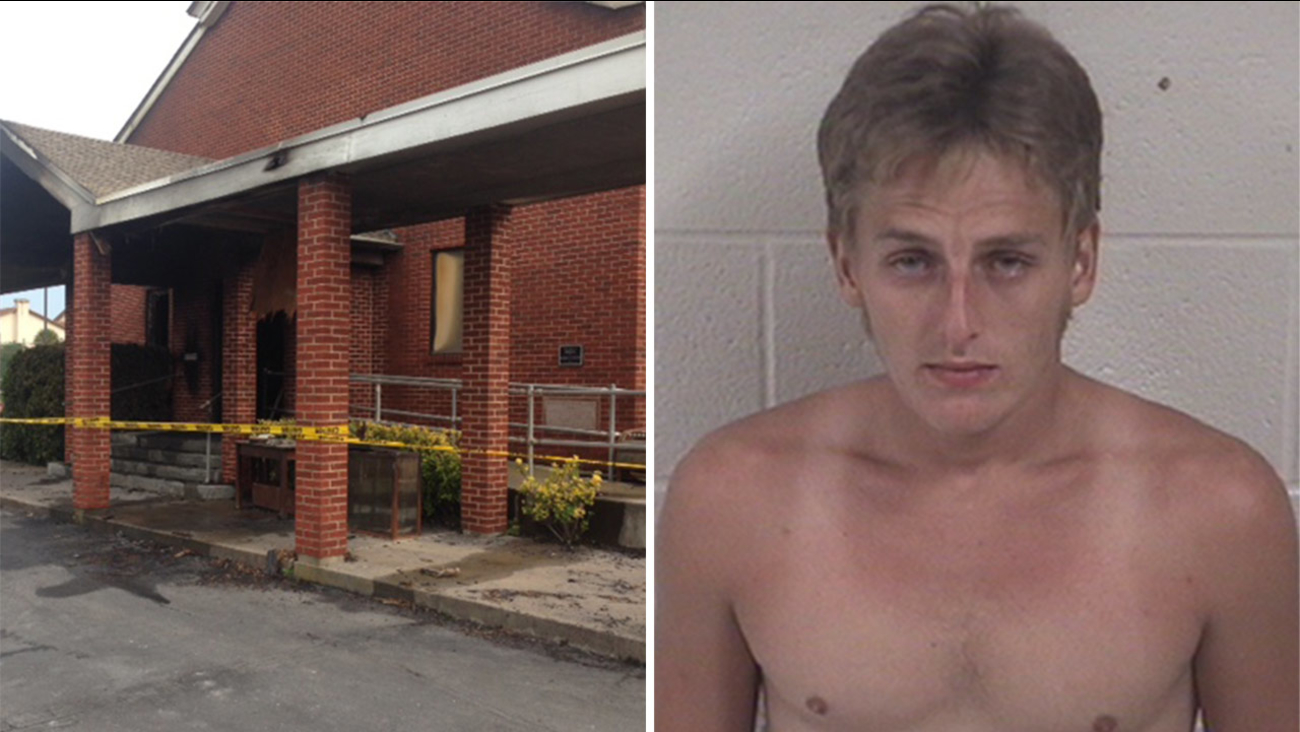 GALVESTON, TX (KTRK) -- A fire broke out at a Galveston church early Wednesday morning and if it wasn't for an alert officer it may have been a total loss and a suspect is in custody.

An officer working an extra duty job at the San Luis Hotel saw a man with no shirt walking across the back parking lot of the property around 1:03am.

Officer B. Patton thought this unusual given the cold temperatures and rain. Officer Patton approached the man, identified as 19-year-old Jeremy Gwinn, and began talking to him and found him to be acting strangely; possibly in need of medical attention. On-duty patrol officers were contacted and gave Gwinn a ride to the Emergency Room for evaluation.

Officer Patton says he had found items from the church on Gwinn prior to him being transported to the hospital. Gwinn was brought back to the scene.

During the investigation authorities found probable cause to believe that Gwinn had committed the crime. The Galveston County District Attorney's Office was contacted and filed a first degree felony charge of Arson (Place of Assembly or Worship) and recommended a $30,000 bond.

Pastor Melissa Krabbe of Westminster Presbyterian said that she is grateful for the hard work and quick response of all involved.

Anyone that may have more information regarding this crime is asked to contact the Galveston Fire Marshal's Office at 409-797-3870.