Chris Pratt and Anna Faris announce they are separating 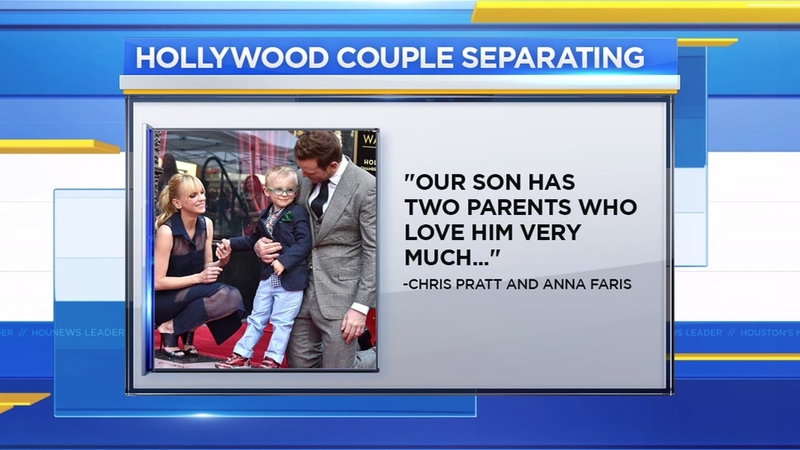 Chris Pratt and Anna Faris announce they are separating

LOS ANGELES, California -- Actors Chris Pratt and Anna Faris, who have been married for eight years and have one son, are separating, the couple announced Sunday.

"Anna and I are sad to announce we are legally separating," Pratt posted on Facebook in a note signed jointly by the couple. "We tried hard for a long time, and we're really disappointed."

"Our son has two parents who love him very much and for his sake we want to keep this situation as private as possible moving forward," Pratt wrote. "We still have love for each other, will always cherish our time together and continue to have the deepest respect for one another."

Pratt's career has seen him move from small parts on shows such as "Parks and Recreation" to become one of the biggest movie stars in the world, in blockbusters "Guardians of the Galaxy" and "Jurassic World."

He received a star on the Hollywood Walk of Fame earlier this year, appearing with Faris and their son.

Faris has starred on the television sitcom "Mom" since 2013 and appeared in comedies such as the "Scary Movie" franchise and "House Bunny."

Anna and I are sad to announce we are legally separating. We tried hard for a long time, and we’re really... https://t.co/Zw5HcMQCZ3