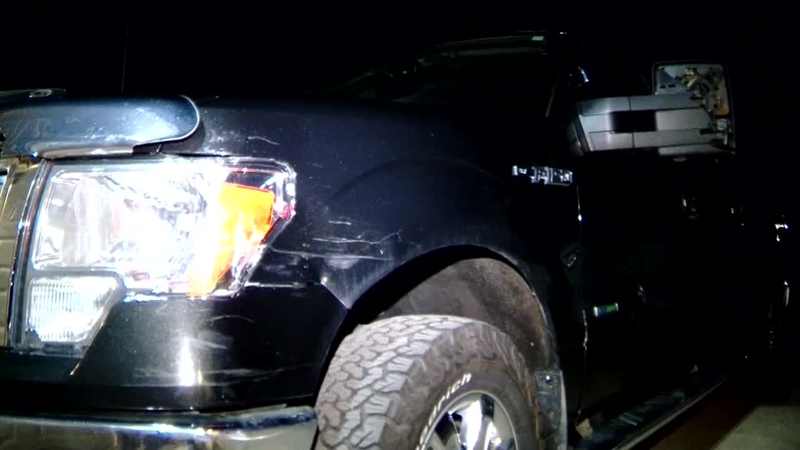 A man in Wisconsin has been arrested after authorities say he stole at least two vehicles.

One of the vehicles had a teenager still inside.

Carrie and Grace Powell witnessed the car thief in action.

"We were asking him if he was OK or if there was anyone else in the car, and he wasn't answering. Then he just took off and started running toward my truck, and the other guy that was there kind of started screaming. So my sister and I and that guy all started chasing him. He jumped in my car, and my teenage daughter and her best friend were still in the truck," Carrie said to WLUK.

Carrie's 14-year-old daughter Grace managed to jump out of the truck while the man started driving away.
Her best friend wasn't so lucky due to the child safety locks that kept her locked inside the truck.

Minutes later, the girl ended up at a gas station unharmed.

Initially, the man was driving a four-door red sedan. He intentionally rammed his car into a house, injuring one person inside of it. After that, he rammed the car, again, into five other doors on that same property before hitting a sixth garage door.
Officials say the man stole an SUV there, before crashing into another vehicle and then stealing Carrie's truck.

Grace left her cell phone in the truck, which eventually helped deputies find the suspect in a nearby town.

The man could face several charges including kidnapping, hit and run and vehicle theft.

Police say he had methamphetamine on him and believe drug use was a factor in the incident, although they're still awaiting toxicology results.
Report a correction or typo
Related topics:
wisconsinauto theftcar theftteenagersu.s. & world
More Videos
From CNN Newsource affiliates
TOP STORIES