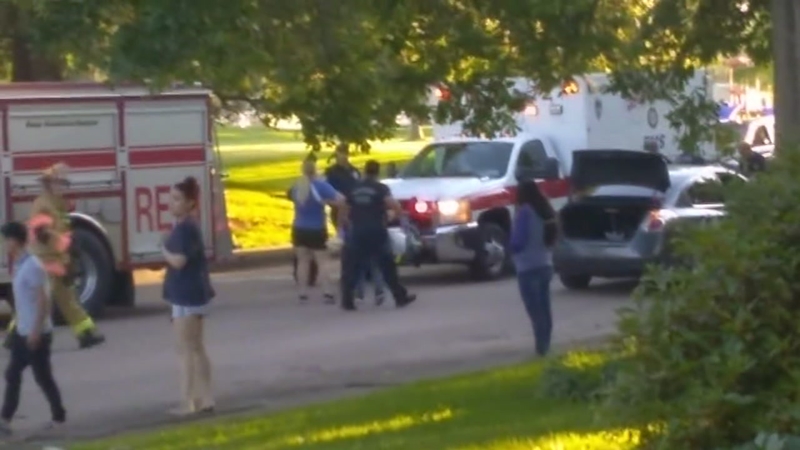 7-year-old student pinned underneath car after being hit

HOUSTON, Texas (KTRK) -- A child was injured after a car reportedly ran him over while he was riding his scooter to school.

The incident happened around 7:40 a.m. Friday on Reseda near Clear Lake City Elementary.

CHILD HIT: A 7 year old is at the hospital after being hit by a car.

The school district tells us he was with his brother when he got pinned under the car.

They were on their way to Clear Lake City Elementary.

The 7-year-old boy was headed to school with his brother when he allegedly darted in front of a car at an intersection.

Deputies say an off-duty officer witnessed the entire incident and rushed to the child's aid.

"He was very upset and scared," Officer Mike Green said. "I just kept asking him his name and grade, trying to get his mind off of it."

School officials say most of the children at Clear Lake Elementary walk or bike to school.

"We're thankful for his quick action, and from our understanding the student is alert and at the hospital," Clear Creek ISD communications officer, Elania Polsen, said.

Police do not believe the driver did anything wrong, but they're still asking drivers to be cautious of kids near school zones.

"This is a safe neighborhood. What we do need to look at is examining the car and foot traffic in this particular area," Polsen said.

The child was transported to the hospital. He is expected to be OK.