Chicago officers die after being struck by train while chasing suspect 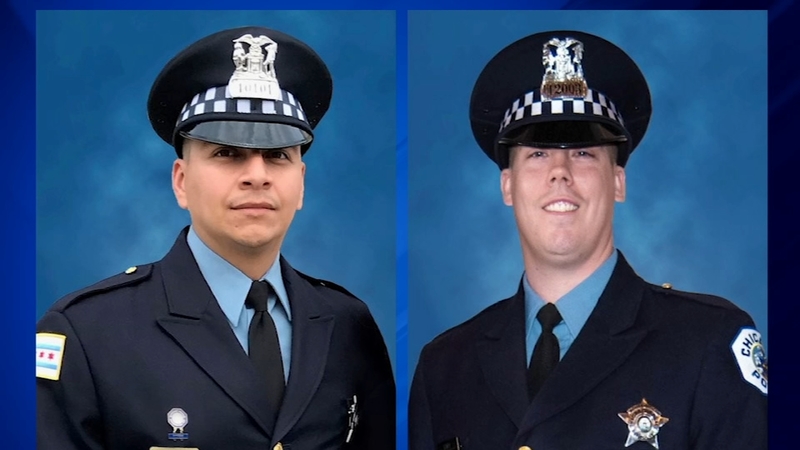 CHICAGO, Illinois -- The Chicago Police Department is in mourning Tuesday after two officers were fatally struck by a train while chasing a suspect Monday.

Shortly after 6 p.m. Monday, the officers responded to a call of shots fired in the Rosemoore neighborhood. Police said one of the body camera videos, which they may never release, shows the officers exit their patrol car, go up a hill to the Metra tracks at 103rd and Cottage Grove Avenue and talk about where the offender could have gone.

In the distance, the officers can see a train approaching heading north making noise. Police said it possibly masked the sound of another high-speed train full of commuters that was only feet behind them and then the camera fades to black. Police said it happened fast and the officers died instantly.

PO Conrad Gary and PO Eduardo Marmolejo. Always remember the names of our brave officers who were killed in the line of duty last night. #NeverForget pic.twitter.com/2WYQUOZo2m

Early Tuesday morning, two ambulances carried the bodies of the officers from the scene. With full police honors, the 15-mile procession wound past the 5th Police District where they were stationed, then onto the medical examiner's office where officers saluted as a sign of respect.

"We've lost two young men, both fathers, young families," said Mayor Rahm Emanuel. "This holiday will never be the same for those two families. While our hearts are with them we lost people who answered the call to try and make Chicago a better place."

In a tweet, Governor Bruce Rauner said, "Deeply saddened to learn of the tragic deaths of officers Conrad Gary and Eduardo Marmolejo. Our thoughts and prayers are with their families and the entire @Chicago_Police Department."

Deeply saddened to learn of the tragic deaths of officers Conrad Gary and Eduardo Marmolejo. Our thoughts and prayers are with their families and the entire @Chicago_Police Department.

It's been a particularly tragic year for Chicago's 5th Police District. Officers at the district told ABC7 that counselors will be on site to help officers and staff grieve.

In addition to losing these two officers, the 5th District has lost at least two others to suicides.

Both officers fatally struck by a South Shore Line train worked in the city's 5th District, which had already seen more than its fair share of tragedy this year.

Commander Paul Bauer and Officer Samuel Jimenez were both members of the department that lost their lives in the line of duty.

Later Tuesday, two crosses will be placed in front of the department offering both comfort and a grim reminder of the two officers that will no longer be walking through those doors.