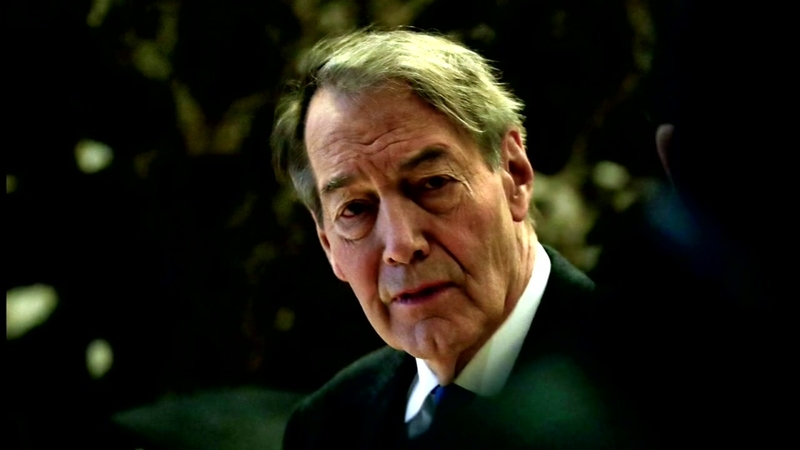 Rose told the Post that he was "deeply embarrassed" and apologized for his behavior.

Rose's PBS show features his in-depth interviews with newsmakers. The 75-year-old journalist is one of three hosts of "CBS This Morning" and is also a contributor to "60 Minutes."

My statement in full. pic.twitter.com/3kvFrqF2dT

"PBS was shocked to learn today of these deeply disturbing allegations. We are immediately suspending distribution of "Charlie Rose." "Charlie Rose" is produced by Charlie Rose, Inc., an independent television production company. PBS does not fund this nightly program or supervise its production, but we expect our producers to provide a workplace where people feel safe and are treated with dignity and respect."

Statement released by CBS on Monday:
"Charlie Rose is suspended immediately while we look into this matter. These allegations are extremely disturbing and we take them very seriously."

Report a typo to the ABC13 staff
Related topics:
sexual misconductsexual harassmentu.s. & worldcbs
Copyright © 2022 by The Associated Press. All Rights Reserved.
TOP STORIES
Sergeant was to walk daughter down aisle until his hit-and-run death
Grab the umbrella! Widespread showers move in Monday
'We knew something big exploded': ABC13 recalls moment of Watson blast
2 adults killed and 12-year-old hurt in crash with speeding tow truck
Dad charged and fired from job after racist tirade posted on TikTok
Suspect accused of killing Pct. 5 corporal still on the run
Inside Texas hospital battling omicron: 'We're about to catch on fire'
Show More
5 tax changes that can boost your refund this year
Getting paid on Venmo or Cash App? New tax rule might apply to you
Tax filing season starts Monday. What to expect for 2022
Christina Aguilera says she 'couldn't be happier' for Britney Spears
Texas agriculture commissioner suing to stop aid for Black farmers
More TOP STORIES News