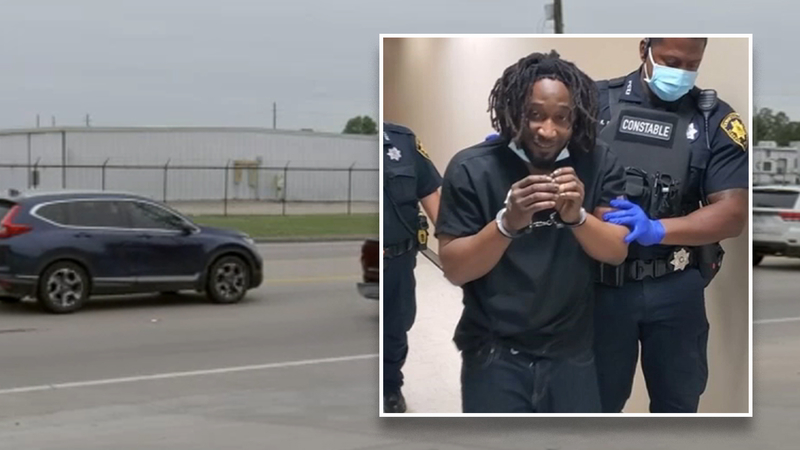 CYPRESS, Texas (KTRK) -- UPDATE: Charges have been dropped against a 34-year-old man accused of locking a 17-year-old girl inside a storage unit for days in "unlivable" conditions. The girl, who authorities say was repeatedly raped while in captivity, requested the charges be dropped, according to the district attorney's office.

Joel Micah Arnold had been facing three felony charges, including aggravated kidnapping, sexual assault and trafficking of a child.

"When prosecutors confronted the witness with newly uncovered evidence that did not match her earlier statements, she asked that the case not proceed to trial; she would not testify," said Dane Schiller, spokesman for the Harris County District Attorney's Office.

TEXT FROM ORIGINAL REPORT CONTINUES BELOW

The Harris County Precinct 1 Constable's Office originally stated the teen was kept in the storage unit in the Cypress area for five days. Investigators said he would leave and return at different points during a five-day span late last month.

Authorities said Arnold displayed a firearm to the teen, injected her with drugs and sexually assaulted her.

Arnold once lived near the victim and knew her, said Harris County Precinct 1 Constable Alan Rosen.

During a court appearance in April, prosecutors alleged Arnold threatened to harm the victim's 14-year-old sister on March 27 if she didn't go with him. They wound up at the storage facility in the 19100 block of FM 529, where she was held for the next five days.

During that time in captivity, the teen was raped more than once, and at one point, Arnold allegedly tried to force her to perform oral sex after he found out she got a hold of a cell phone located in the unit, prosecutors said.

According to prosecutors, Arnold also kept a firearm in the unit, leading to the girl locating bullets, hiding them and then holding on to them. Those bullets were used as evidence, court records revealed.

It wasn't until April 1 that Arnold told the girl to leave the unit. Prosecutors said he directed her to walk along a fence until she got to a nearby convenience store where she flagged down law enforcement.

The victim picked out Arnold in a photo lineup, and he was arrested on April 13.

Looking into the victim's claims, investigators went to the storage unit where they found syringes and condoms filled with urine. Prosecutors called the unit "unlivable" with no windows or running water. The girl told them she had to use a bucket to use the restroom.

The judge kept Arnold's bond amount at $300,000 after his attorney asked it to be lowered.

The judge also set bond conditions, which prohibited him from holding onto any guns; subjects him to random testing for drugs and alcohol; orders him to house arrest, if he posts bond; and banned him from contact with the victim or anyone who knows her.

Arnold has no prior convictions in Texas.

On Thursday, Rosen told ABC13 authorities found several checks, driver's licenses and credit cards belonging to others when they took Arnold into custody, indicating there might be other victims.

Eyewitness News learned on Friday that Rosen's Precinct 1 received calls from other possible victims, suggesting Arnold may have assaulted them. Investigations into each call are underway, the constable's office said.