Chad Stark of Leander, Texas, is the first person to be arrested by the Justice Department's Election Threats Task Force.
KTRK 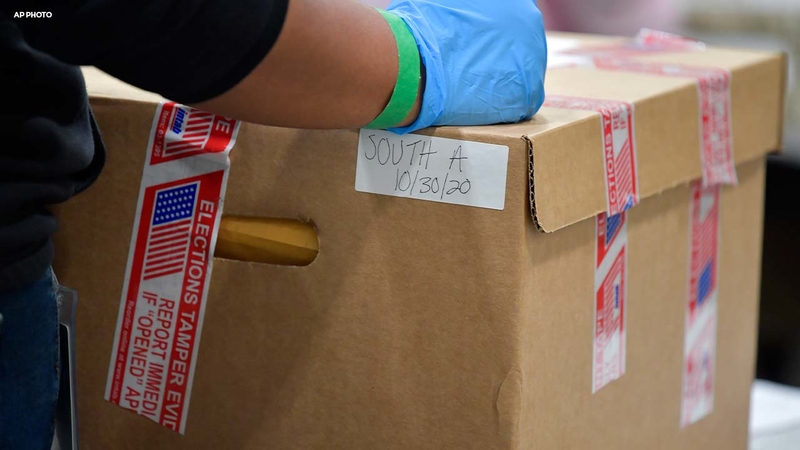 LEANDER, Texas (KTRK) -- A Texas man accused of making election-related threats to Georgia government officials the day before the insurrection at the U.S. Capitol has been arrested.

Editor's Note: The video above is from a Sept. 2021 report after the state of Texas announced it would audit the 2020 election results in four Texas counties.

According to the indictment, Stark is accused of posting a message to Craigslist titled, "Georgia Patriots it's time to kill [Official A] the Chinese agent - $10,000."

In the message, Stark allegedly wrote that it was "time to put a bullet" in the election official, who was not named in court documents, and said it was time "make examples of traitors to our country... death to you and all you (sic) communist friends."

The message starts in part, "Georgia Patriots it's time for us to take back our state from these Lawless treasonous traitors. It's time to invoke our Second Amendment right it's time to put a bullet in the treasonous Chinese [Official A]. Then we work our way down to [Official B] the local and federal corrupt judges. It's our duty as American Patriots to put an end to the lives of these traitors and take back our country by force we can no longer wait on the corrupt law enforcement in the corrupt courts. If we want our country back we have to exterminate these people. One good loyal Patriot deer hunter in camo and a rifle can send a very clear message to these corrupt governors.. milita (sic) up Georgia it's time to spill blood....we need to pay a visit to [Official C] and her family as well and put a bullet her behind the ears."

Stark is charged with one count of communicating interstate threats and is the first person to be arrested by the Justice Department's Election Threats Task Force.

The task force, which was created in June, is designed to "address threats of violence against election workers, and to ensure that all election workers - whether elected, appointed or volunteer - are able to do their jobs free from threats and intimidation."

"Today's arrest confirms the FBI's commitment in our pursuit of justice against those who choose to threaten violence against anyone participating in our elections," said FBI Director Christopher Wray.

"When someone threatens an election official working at any level of the voting process - whether that be an elected office holder or a volunteer poll worker - our democracy is put in jeopardy. We are grateful to all of those who endeavor to secure our elections and our democracy.We must protect them all," U.S. Attorney Kurt R. Erskine for the Northern District of Georgia added.

To report suspected threats or violent acts, contact your local FBI office and request to speak with the Election Crimes Coordinator. You can also call the FBI at 1-800-CALL-FBI (225-5324) or file an online complaint.

Once submitted, complaints will be reviewed by the task force and referred for investigation or authorities will respond accordingly.

However, if someone is in imminent danger, contact 911 or the local police immediately.