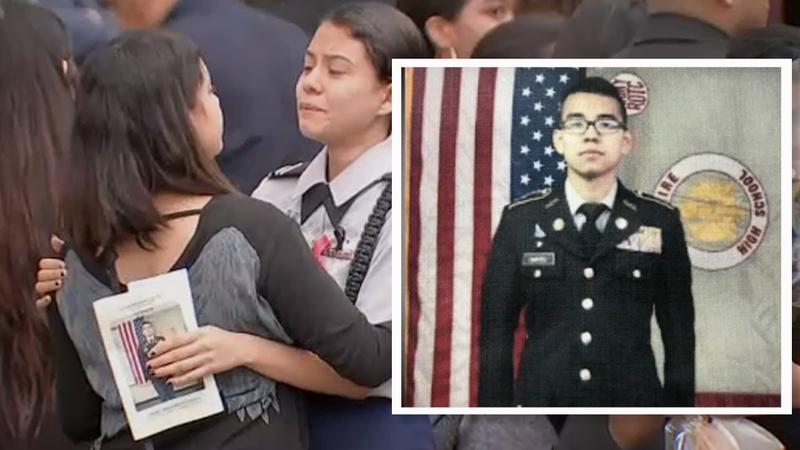 HOUSTON, Texas (KTRK) -- A celebration of life service was held Saturday for a 19-year-old Bellaire High School senior who had his future mapped out, until he was fatally shot at school earlier this week.

According to police, Cesar Cortes was shot when another student, said to be a 16-year-old friend, was showing off his gun in a storage area at the school as classes were letting out. The gun discharged and Cortes later died at a hospital.

The suspect fled the campus but was later arrested. The juvenile is now charged with manslaughter.

Cesar was eulogized by his friends and family. The service was held at West University Baptist Church.

Among those who attended were members of the school soccer team, dressed in red jackets. Out of respect, a scheduled soccer match for today was cancelled so players could attend the service.

"I didn't know him personally, but I knew of him," said team captain Alan Alvarez. "Listening to his family, he was a really amazing dude. He had big plans and it's sad he left so early."

Paula Cairo, mother to a Bellaire student, said she attended the service out of respect, and to pray for his family.

Cortes was a member of Bellaire's ROTC, and when he graduated in May, he was going to join the Army.

"Every parent has hopes for their child's future, and that's what his family had," said Cesar Espinoza, with FIEL Houston.

"We're coming together for them, and we hope we can see changes coming forward from this tragedy."