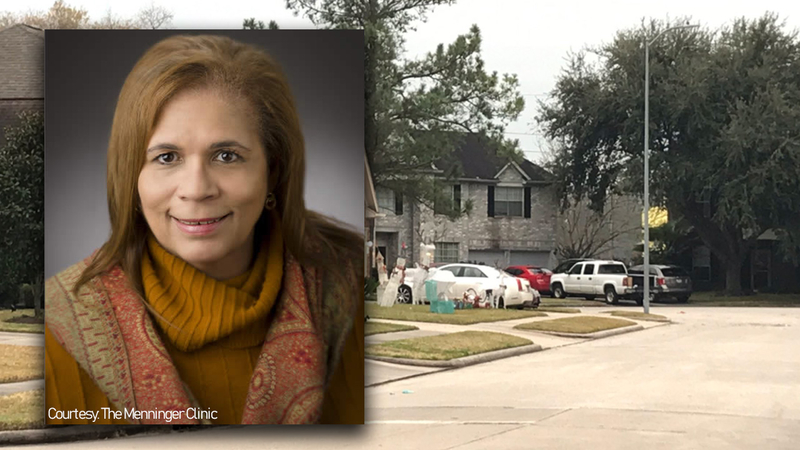 A 61-year-old woman celebrating the new year with her family is dead after she was shot by celebratory gunfire, deputies say.

The @MenningerClinic confirms Philippa Ashford she was a nurse who worked in the crisis psychiatric unit for 15+ yrs. She mentored young nurse residents and was a leader at Menninger. Her colleagues are in disbelief. #abc13 https://t.co/Zfl5VrARUs pic.twitter.com/mdKp7I1Ysp

This happened just after midnight in the 12300 block of May Laurel Drive in the Laurel Oaks subdivision.

Authorities told ABC13 the woman, identified as Philippa Ashford, was standing at the end of the driveway while family and friends in the cul-de-sac were shooting off fireworks, when she suddenly clutched her body and said, "I think I've been shot."

She collapsed to the ground and died.

"At this point from our witnesses and seeing at the scene, we believe this may very well be a case of celebratory gunfire somewhere else in the neighborhood," said Sgt. Ben Beall with the Harris County Sheriff's Office. "No indication a family member or anyone else in the cul-de-sac was discharging a firearm."

Ashford worked for The Menninger Clinic for more than 15 years, the center confirmed. She was the nurse manager for the acute stabilization unit, which is in the crisis psychiatric branch.

According to a clinic spokesperson, she was in charge of about 25 other nurses and was a mentor to the resident nurses.


Phil, as she was called at the clinic, was board certified in psychiatric nursing and even served as an adjunct professor at the University of Texas Health Science Center in Houston, her bio reads.

A neighbor told ABC13 he heard Ashford and her family come outside right at midnight, shoot off a few fireworks and then 10 minutes later, deputies arrived.

"I don't know you can even figure what the odds are. You've got the family together, celebrating the new year and now the matriarch of the family is deceased," Beall said.

Officials went from house to house looking for shell casings and talking to residents in an effort to identify the origin of the gunshot.