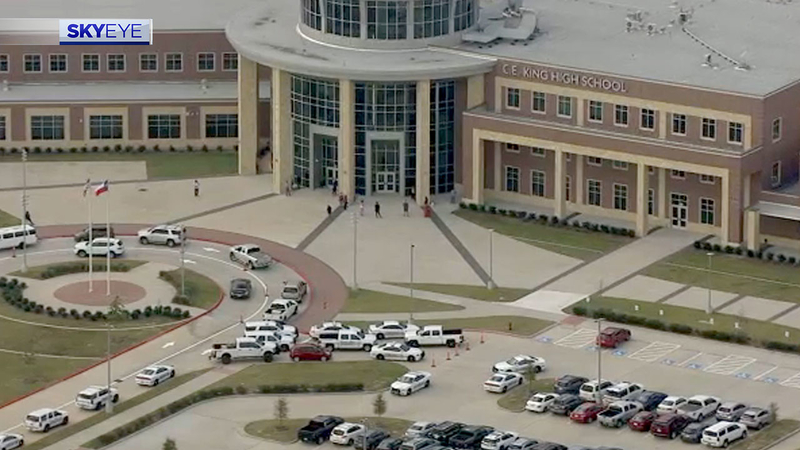 HOUSTON, Texas (KTRK) -- A "secure response" at the C.E. King High School campus has been lifted after officials received reports of two bullets on a hallway floor.

Sheldon ISD officials said no weapon or threat of any kind was found Thursday when they investigated school grounds.

There were also no arrests reported.

The district added it found the source from the reported bullets in the hallway and it will take disciplinary action. It did not specify the source.

Officials were also searching students and cars as "we are doing our due diligence to ensure all is safe," the district said.

"This secure protocol allows us to do our due diligence to further investigate these reports," a district spokeswoman said in a statement released just before 11 a.m.

Officials said a lockdown was not in effect.

Families of C.E. King students were informed of the situation and students are safe, the district added.