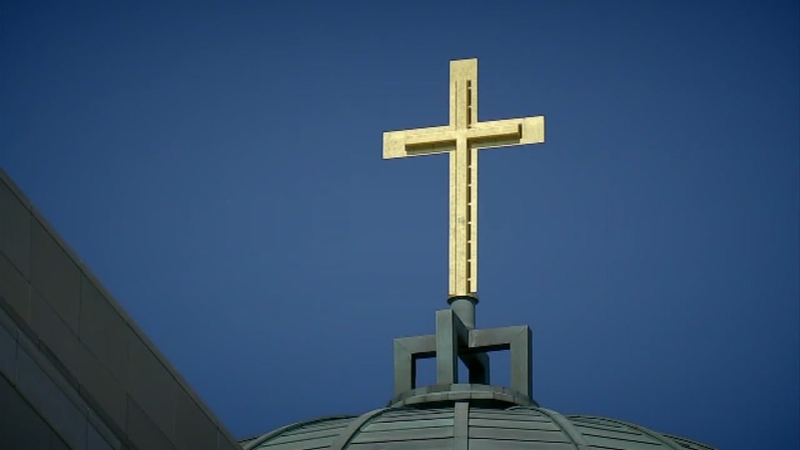 HOUSTON, Texas (KTRK) -- Ahead of the Archdiocese of Galveston-Houston publishing a list of all clergy "credibly accused' of sexual abuse, a mother of one alleged victim isn't hopeful the priest her son says abused him will be on it.

Carol LaBonte, of Spring, has been frustrated with the church she loves for years.

When her now-adult son, John LaBonte, who does not live in Texas anymore, was 16, she says he was sexually abused by a priest who sent him an incriminating letter.

"I know you were upset by what happened and I don't want you to be and I really love you," she recalled elements of the letter.

Her son reported it to the Church and then went public in 2002. All these years later, that priest still presides over Prince of Peace Catholic Church near Tomball. ABC13 is not naming the priest because he has not been charged with a crime.

Last month, Cardinal Daniel DiNardo, the head of the U.S. Conference of Catholic Bishops, promised transparency in the form of a list outing priests "credibly accused." The list has been promised by the end of January 2019. DiNardo has been critical of the Church's handling of the sex abuse scandal, but Labonte believes he's part of the problem and doesn't expect to see her son's alleged abuser on the list.

"I don't have any faith in DiNardo," she said. "I don't know him personally. Everything I've seen of him doesn't give me any hope."

The response to Eyewitness News from the Archdiocese of Galveston-Houston also includes a response to a CBS News investigation that reported on the list.

Statement from Archdiocese of Galveston-Houston re: CBS News report:

This week, CBS News released a series of inaccurate news stories concerning the Church abuse scandal that demands a response. In these stories, CBS alleges that two priests who have been accused of sexual abuse against a minor have been allowed to continue their ministry. The Archdiocese responded to over 30 questions submitted to it by CBS News this past weekend, only to see almost all of our responses completely ignored by the CBS team.

It is true that two priests remain in ministry who have each been accused of sexually abusing a minor. One accusation was made approximately 20 years after the alleged abuse. The other was made over 30 years after the alleged abuse. Both priests denied they had committed sexual abuse. Each accusation was reviewed by the Archdiocesan lay review board who recommended that both priests be allowed to minister. These are the only accusations made against either priest who have each served more than 40 years in the Archdiocese.

Meanwhile, Cardinal DiNardo spent most of the last two months in Rome at the Synod of Bishops and otherwise working with the top leadership urging action on the abuse scandal. In the middle of this, Cardinal DiNardo joined with the other bishops across Texas to announce they will release a comprehensive list of those priests who have been "credibly accused" of sexually abusing minors by the end of this coming January. And, the Archdiocese has also engaged a nationally respected outside expert to help compile and validate this critically important list.

This Archdiocese takes every allegation of wrongdoing seriously, and is fully cooperating - and will cooperate - with any and all investigations related the clergy abuse scandal.

Michael Norris says he fears more victims of sex abuse in the Catholic church are still in hiding.