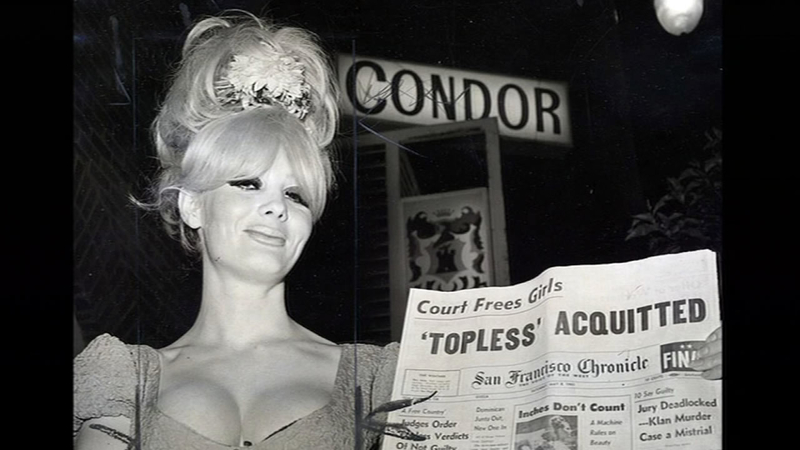 Doda put herself and San Francisco's Condor Club on the map in 1964 when she stripped and began dancing topless. Doda's sensational act became even more so when she became a pioneer of silicone breast injections, going from a size 34B to a 44D.

Doda rode onto stage atop a piano on an elevator platform, debuting her act the same day President Lyndon B. Johnson drew half-a-million people in a visit to San Francisco.

It wasn't long before the big news in town was "The Girl on the Piano."

Doda left the club in 1985 and later owned a lingerie store, performed in a rock band, did modeling and comedy, and sang and danced at another club.

To friends like Ron Minolli, she was much more than her famous body parts. He knew Doda for four decades and says in recent years she sang once a week at his place Gino & Carlo in North Beach.

"She was the perfect San Franciscan," he said. "There was nobody she didn't like, she cared about everybody."

Doda grew up in San Francisco and dropped out of school in the eighth grade. She became a cocktail waitress at 14 and later went on to dance at the Condor.

She never married or had children.

Friends say Doda's legacy should be her kindness and humor.

SF icon Carol Doda has died from kidney failure. This long time friend says she was much more than a topless dancer. pic.twitter.com/Qz9ixou2v1

The sign is still up but Carol Doda's shop is closed. The SF legend, who pioneered topless dancing, has died! pic.twitter.com/BPRevBicf9