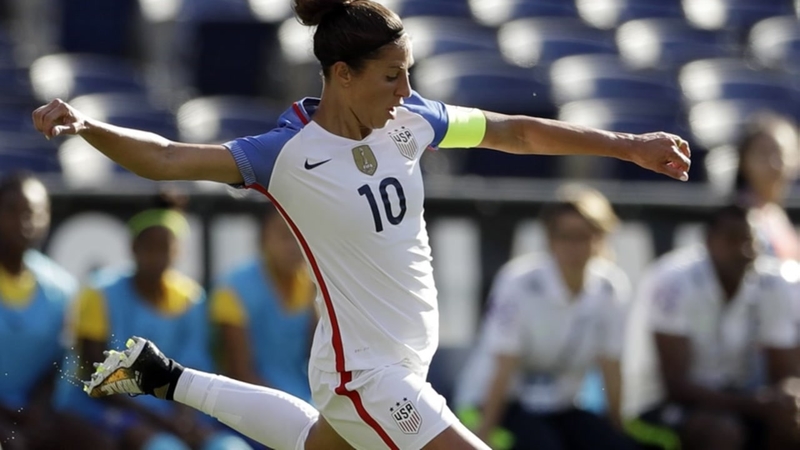 Lloyd suffered the injury in the 28th minute of the game at BBVA Compass Stadium when she fell after heading a ball inside the box. She immediately reached for her ankle in pain.

Lloyd was helped off the field while she elevated her ankle with a large bag of ice on it.

According to reports, Lloyd's X-rays came back negative.

The U.S. Women's National Team star shared a message on Twitter about her injury, writing that that she is down but not out.

I'm down and out now but I'll be standing tall again. Just don't count us @HoustonDash out. We need to keep going and find a way.

The Dash have not released how many games the team captain could miss. They play twice on the road this week, going to Boston to face the Breakers Wednesday, then the Portland Thorns Saturday night.

The next home game will be Aug. 27 against the North Carolina Courage.