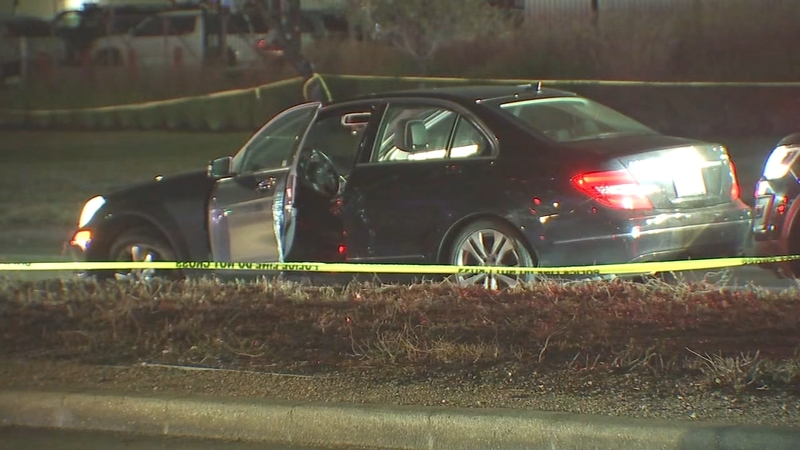 HOUSTON, Texas (KTRK) -- An armed suspect accused of carjacking a woman with a child at a gas station was shot by police overnight near Hobby Airport.

Houston police say that around 12:45 a.m. Monday, patrol sergeants with the Southeast Division saw a Mercedes-Benz speeding over 100 miles per hour down Telephone Road before heading eastbound on Airport.

Officers called dispatch, who relayed that a black Mercedes-Benz had just been taken in a carjacking at a gas station at the Beltway and Telephone Road.

Officials say a man went inside the convenience store, leaving his wife and child in the car. That's when the suspect approached them, forcing the woman and child out at gunpoint. They were not seriously hurt.

When police stopped the car, the suspect immediately got out and opened fire on the officers, HPD Executive Assistant Chief Troy Finner said. An officer fired back, hitting the suspect, who immediately went down.

Finner said they immediately gave him first aid. The suspect was later transported to Ben Taub Hospital, where he is in serious condition.

"Just want to say something about the officers. I'm so proud of their performance, and in light of everything (that) is going on. It's very cold, but these officers were out here serving and doing a great job, so I'm so proud of that. I'm proud that they're out here proactively patrolling, even before this call went out over the air," Finner said.

The officers involved, a man and woman, are both three-year veterans of the force assigned to the Southeast Division. The female officer shot the suspect.