Man violently carjacked in his own driveway after soccer game 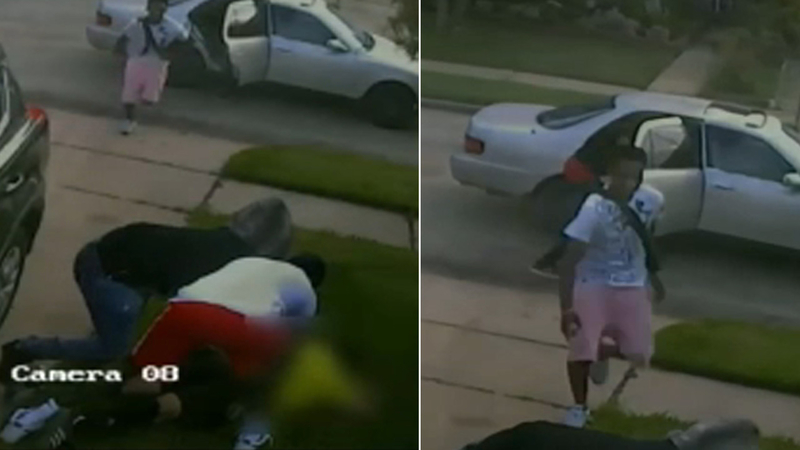 Man violently carjacked in his own driveway after soccer game

HOUSTON, Texas (KTRK) -- Police are looking for the men they say carjacked a man at gunpoint in the driveway of his southwest Houston home.

Police believe the victim was followed. He says he had just finished refereeing a soccer match four miles away.

He returned home, pulled in his driveway, and that's when a gun was pointed to his head and he was robbed. The entire robbery was captured on video surveillance.

"What you can see in the video but outside of the victim's view is that there's a vehicle, just so happened to have followed," said Detective Jeff Brieden with the HPD Robbery Division.

The suspect had a gun. The victim closed the door but didn't lock it. More suspects showed up and forced the victim out of his vehicle.

"They forcibly, violently pull the victim out of his vehicle onto the ground, then while that's happening, they're going through his pockets," said Brieden.

Just days later, the victim's stolen vehicle was spotted on a license plate recognition camera in Sugar Land. Officers attempted to stop it and a short chase ensued.

A female driver, 17-year-old Tanazia Gray, was charged with unauthorized use of a vehicle.

Meanwhile, Houston police are still searching for the suspects in this violent carjacking.

Crime Stoppers may pay up to $5,000 for information leading to charges or arrests.

Tips may be reported anonymously to 713-222-TIPS or online.