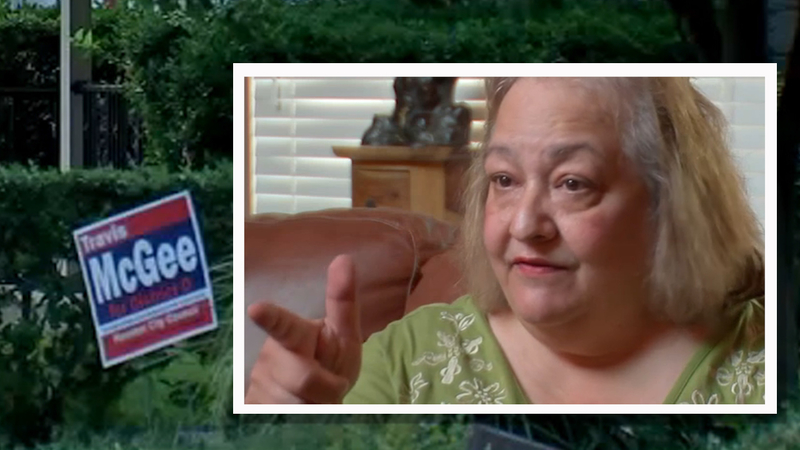 He and another volunteer were block walking while she was following along in her car. They were on Wilmington in Sunnyside in southeast Houston when she was caught off guard.

"Out of the blue, just like that, my door ripped open," Kingshill said. "It wasn't locked. Had a gun, pointed it right at my face. He said, 'Get out of the car. I've got a gun and I will shoot you.'"

Without hesitation, she complied. Her phone, purse and car were gone in seconds.

When ABC13 met her Monday afternoon, she had spent hours canceling credit cards and doing reports, but also thinking about how her ordeal could help others.

"There's a lot of people out there campaigning right now and I know a lot of groups are in town," Kingshill said. "Activist groups. People covering large areas. Be more aware of your surroundings."

McGee says it will change how they block walk.

"At least three people at all time. Someone watching and someone working it at all times," McGee said. "We're not going to let that happen again."

There is a somewhat positive ending. While Houston police have not caught the person who carjacked Kingshill, they did recover her car and most everything inside from Lyndhurst in southeast Houston Monday night.

By then, juveniles had it. They were charged.

Kingshill still hopes the man who stuck the gun in her face is arrested. Until then, she'll still be hitting the streets.

"Absolutely, this won't stop me."