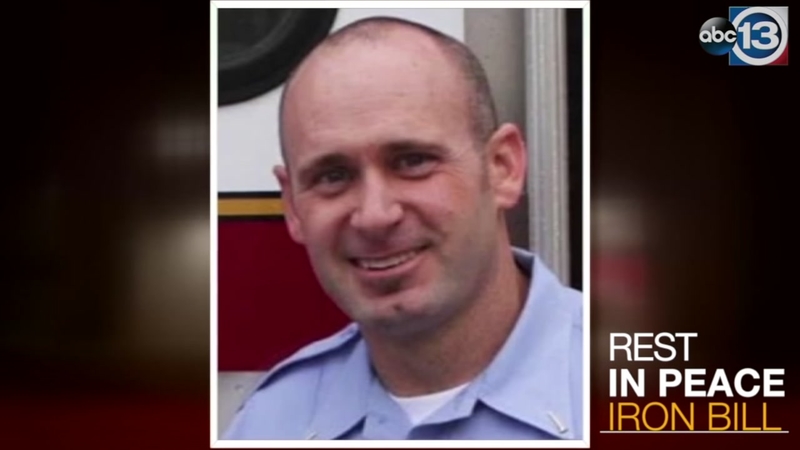 HOUSTON, Texas (KTRK) -- The wife of a Houston Fire captain who died nearly four years after he was injured in the 2013 Southwest Inn fire is suing Motorola.

The lawsuit filed Feb. 18 by Jacki Dowling alleges Capt. William Dowling's brain injury and damage were caused by defective, untested and faulty emergency radio devices during the May 31, 2013 fire.

According to the lawsuit, the Motorola radio system blocked and prevented needed emergency transmissions more than 339 times, and blocked transmissions that caused a loss of up to 27 minutes of rescue time to reach and recover Capt. Dowling.

The Dowling family's lawsuit is only the latest against Motorola involving the deadly fire.

Firefighters Anne Sullivan, Robert Garner, Matthew Renaud and Robert Beebe were killed in the fire along the Southwest Freeway.

Their families filed a federal lawsuit against Motorola last April.

Capt. Dowling's caretaker shares a different side of "Iron Bill"

HFD Captain Dowling, who was injured in deadly 2013 motel fire, has died

Capt. Bill Dowling remembered as man of faith and fight