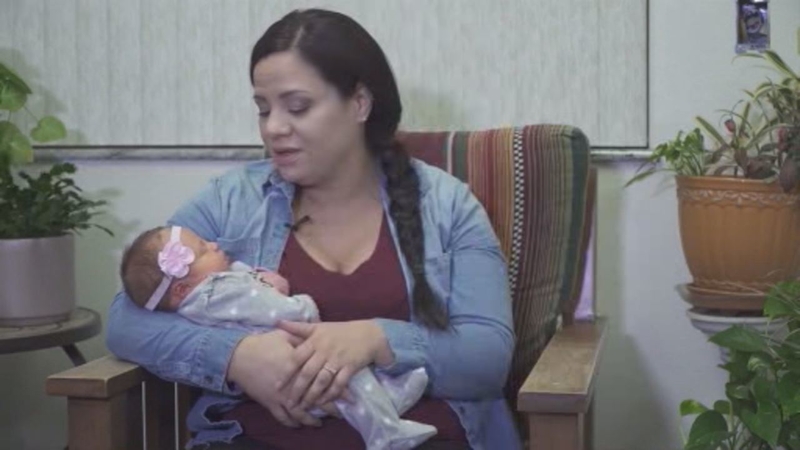 BUTTE COUNTY, California -- Heather Roebuck says she never imagined bringing her baby into this world in the middle of an inferno.

"I thought that minute that I saw her was going to be the only time I ever saw her," said Roebuck.

The new mom described how she and her "miracle baby" survived during Camp Fire in Butte County.

Roebuck says she gave birth to baby Hallie by C-section when the Camp Fire bore down on Feather River Hospital in Paradise.

"It was sheer terror," Roebuck recalled. "They just stitched me up really quickly."

Roebuck says her husband took their newborn as she was taken away by ambulance, but after driving a short distance, her ambulance caught fire.

"I realized that I'm not going to make it," Roebuck said. "I just told (my husband) on the phone that I was really sorry and that I loved him, and that I wasn't going to be there with our kids."

At that moment, a pediatrician came to the rescue. Roebuck and other hospital patients survived by seeking shelter at a nearby home.

A team of paramedics and nurses did everything they could to keep the fire away, saving Roebuck's life.