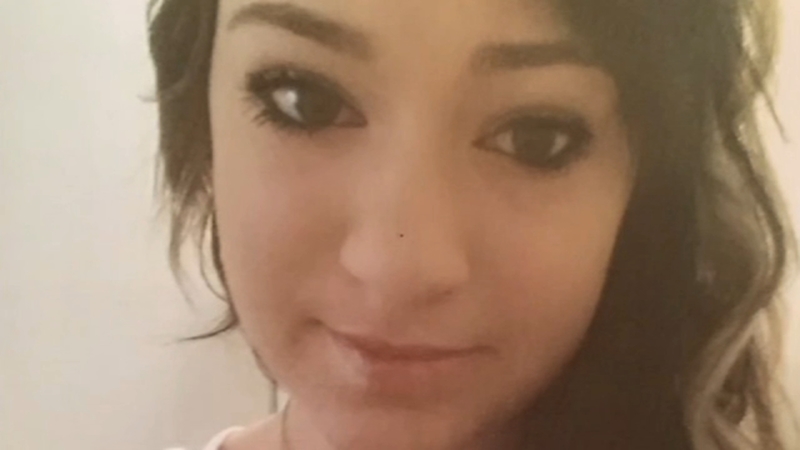 PASADENA, Texas (KTRK) -- The family of a pregnant Pasadena woman who was killed is pushing for reform to keep criminals in jail.

Senate Bill 532, or Caitlynne's Law, named after Caitlynne Guajardo, on bail reform was filed Monday. Caitlynne was four months pregnant when she was killed, allegedly by her husband Alex Guajardo, who was out on bond for assaulting her.


Sen. Paul Bettencourt (R-Houston), who is filing the bill, said during a briefing on the legislation Monday that it would accomplish two things:

Bettencourt said it's important a minimum is set because in the past, people have walked out on bonds as little as $50 before going on to commit more severe crimes.

PR bonds are granted by a judge on the condition that no bond money needs to be paid, but the defendant must show up for all court hearings.

Caitlynne was murdered in August of 2019.

Her mother, Melanie Infinger, said at the time that her daughter called the police to report Alex after she claimed he punched her, resulting in his arrest.

But days later, he was released from custody on a PR bond.
Just days after that, authorities say Alex stabbed Caitlynne 20 times, killing her and their unborn baby.

Infinger said that her daughter had been in a domestic violence relationship with Alex and had begged her to press charges. When Caitlynne finally did, Infinger recalled feeling proud of her daughter, thinking Alex was in jail.


"She had just started over, she left him, she was free," Infinger said.

But then on Aug. 3, Infinger received the worst news.

"I got a phone call from a medical examiner that she was stabbed to death. She was 17 weeks pregnant. Obviously your world stops, you go numb, the pain is unimaginable. She wasn't just my daughter, she was my best friend," Infinger said.

After the murder, Pasadena Police Chief Josh Bruegger said he was outraged, along with Caitlynne's family, over the fact that Alex was let out of custody. That is why Caitlynne's bill is pushing for more changes to how the courts issue bonds.

Infinger said she thought a family member or friend paid Alex's bond until she learned that was given to him by a judge.

"These PR bonds are being handed out like popcorn. These criminals are laughing at Harris County and our justice system. It has to stop," Infinger said. "I knew that my daughter's death was preventable."

Infinger said that Alex was out on multiple PR bonds and was due in court to answer for a second DWI and a hit-and-run. Caitlynne had him arrested the Wednesday before her death. He also killed Caitlynne's cat, Infinger said.

Caitlynne was pregnant, but had another daughter, Alexis, who was 9 months old at the time. Alexis is now 2.

"I was angry because I wanted to know who bonded him out?" The mother of a pregnant Pasadena woman who was killed, allegedly by her husband let out of jail on a personal recognizance bond talks about the pain her family has endured and her push to reform a broken system.

To date, over 90 victims have been killed or murdered by suspects released on a variety of bonds including PR and felony bonds in Harris County and due to bond forfeiture, said Andy Kahan, Crime Stoppers' Director of Victim Services and Advocacy.

It's created more victims than he's seen in his 30 years, Kahan added, sparking the need for statewide legislation.

Man accused of murdering his wife, just days after being released from jail.