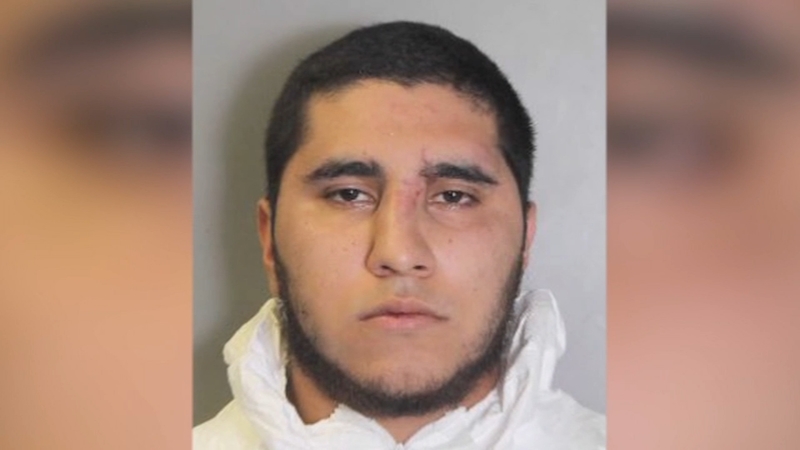 PASADENA, Texas (KTRK) -- The Pasadena police chief says changes in how Harris County determines bail is at least partly to blame for the murder of a woman and her unborn child.

The woman's husband was out on bond for assaulting his wife. Now he's accused of killing her.

Caitlynne Rose Infinger Guajardo loved being a mom to eight-month-old Alexis and at four months pregnant, was looking forward to baby number two.

"She was so excited. So excited about having this other baby," said Melanie Infinger, Caitlynne's mother.

As Caitlynne awaited her growing family, her mother says her relationship with Alex Guajardo was ending after he allegedly punched her last week.

"I was so proud of her for standing up to him and putting him jail," said Infinger.

But he didn't stay in jail long. Magistrate Judge James M. Callan gave him what's called a PR bond. Basically, meaning you don't have to post any money to get out of jail, just your word that you'll appear later.

Days after Guajardo was out, he allegedly stabbed his wife 20 times, killing her and their unborn baby.

"These bail decisions are at least in part responsible for the death of Caitlynne Guajardo," said Chief Josh Bruegger, Pasadena Police Department.

Pasadena's police chief says the district attorney asked for a high bond. Despite that, the judge let Guajardo out on a PR bond.

He says he's outraged over changes to the bail system.

"This reform seems to have neglected the rights of crime victims and the overall safety of the public," said Chief Bruegger.

"The ball was dropped. He should have never, ever got out of jail," said Infinger.

Concerning the recent bail reform, County Judge Lina Hildago sent this statement saying "This was a tragic, deeply disturbing murder and my heart goes out to the victim and her family. As the new rules require for those charges with family violence, Mr. Guajardo was seen by a judge when he was initially arrested and that judge made the determination to release him on bond. This is precisely the process that he would have undergone prior to the new rules being implemented as well. While I do not know all of the reasons the judge made his determination, the O'Donnell settlement was not a factor in Mr. Guajado's release."

A GoFundMe account has been set up for the child of the mother.