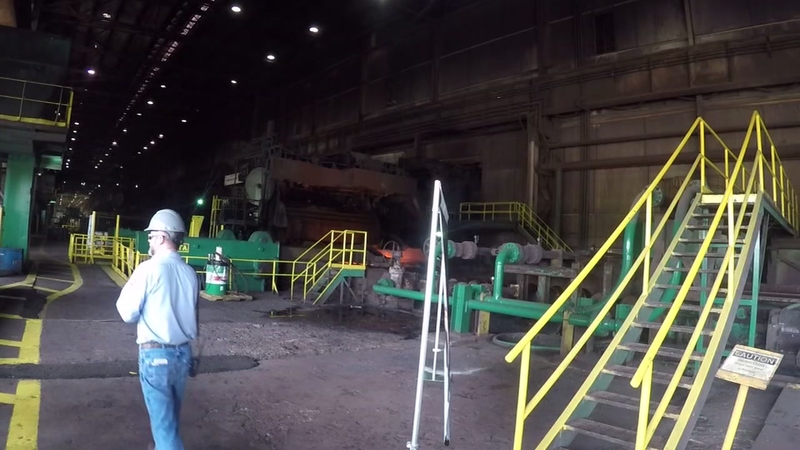 BAYTOWN, Texas (KTRK) -- India has the seventh largest economy in the world, growing more than twice as quickly as the United States.

While Texans were sleeping Sunday night, the country's biggest steel producer increased its investment in the Lone Star State.

"Today we are launching our project in Baytown, Texas," announced Sajjan Jindal, of conglomerate JSW Group.

With Texas Gov. Greg Abbott present, JSW Group announced it is adding 500 more jobs at its Baytown steel plant from half a world away.

From more than 10,000 miles away, JSW announced plans to put in $500 million into its Baytown steel plant over the next two years.

"One goal of the United States as well as Texas is that we once again get back in the process of being able to manufacture our own steel products for our own use," Gov. Greg Abbott said.

JSW Group's announcement today at their India headquarters marks its biggest project in the United States to date.
To make this happen, JSW was awarded a $3.4 million grant from the Texas Enterprise Fund on the condition it will be repaid if the project doesn't move forward as planned.

Gov. Greg Abbott is in India working to increase political and economic ties between the country and Texas.

"This is just one part of what I believe will be multiple parts of expansion in the Baytown area, whether it be expansion in steel like this or other tech related jobs," Abbott said.

"This is now again a restart to invest in the United States," Jindal said.