Bill and Melinda Gates divorce was in the works for 2 years, one factor was Epstein connection 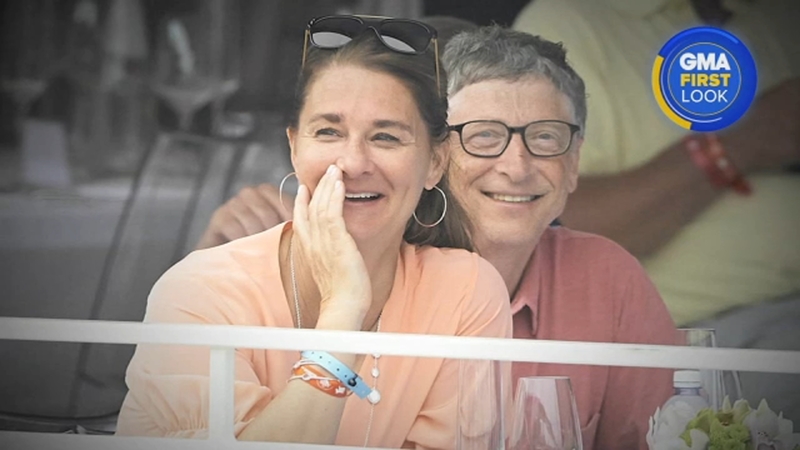 Bill and Melinda Gates have been in the process of getting divorced for two years, according to The Wall Street Journal.

On Sunday, the Journal reported that one factor in the demise of the Gateses' 25-year marriage was revelations that Bill Gates had spent time with Jeffrey Epstein, a convicted sex trafficker of minors, according to people familiar with the matter and a former employee of the Bill & Melinda Gates Foundation.

Melinda Gates had concerns about her husband's relationship with Epstein as far back as 2013, the former employee told the Journal. She met with divorce lawyers in 2019, saying at the time that her marriage was "irretrievably broken," according to the Journal's sources and documents that the newspaper reviewed.

CNN Business contacted representatives for both Melinda and Bill Gates on Monday, seeking comment about the Journal's report, but did not immediately receive responses.

The couple officially announced their split on social media on May 3, saying, "We no longer believe we can grow together as a couple in this next phase of our lives."

Bill and Melinda Gates are ending their marriage after 27 years, the pair announced in a statement on their verified Twitter accounts.

The Journal had asked Bill Gates about his relationship with Epstein in a September 2019 interview. He said, "I met him. I didn't have any business relationship or friendship with him."

On Friday, Bill Gates' spokeswoman told the Journal that he stands by that 2019 statement and declined to comment further. Melinda Gates' spokeswoman did not respond to the newspaper's questions about her reasons for seeking divorce, it said.

Melinda Gates and her legal advisers held several calls in October 2019 after The New York Times reported that Bill Gates had met with Jeffrey Epstein on several occasions, according to documents reviewed by the Journal.

That New York Times article said that "beginning in 2011, Bill Gates met with Jeffrey Epstein on numerous occasions - including at least three times at Epstein's Manhattan townhouse, and at least once staying late into the night," according to interviews with more than a dozen people familiar with the relationship and documents reviewed by the Times.

Commenting for that article, Bill Gates' spokeswoman told the Times that the pair had met to discuss philanthropy. "Bill Gates regrets ever meeting with Epstein and recognizes it was an error in judgment to do so," the spokeswoman said.

While Melinda Gates officially filed for divorce in the state of Washington last week, there is already a separation contract in place. That type of agreement is typical in divorces involving couples of high net worth.