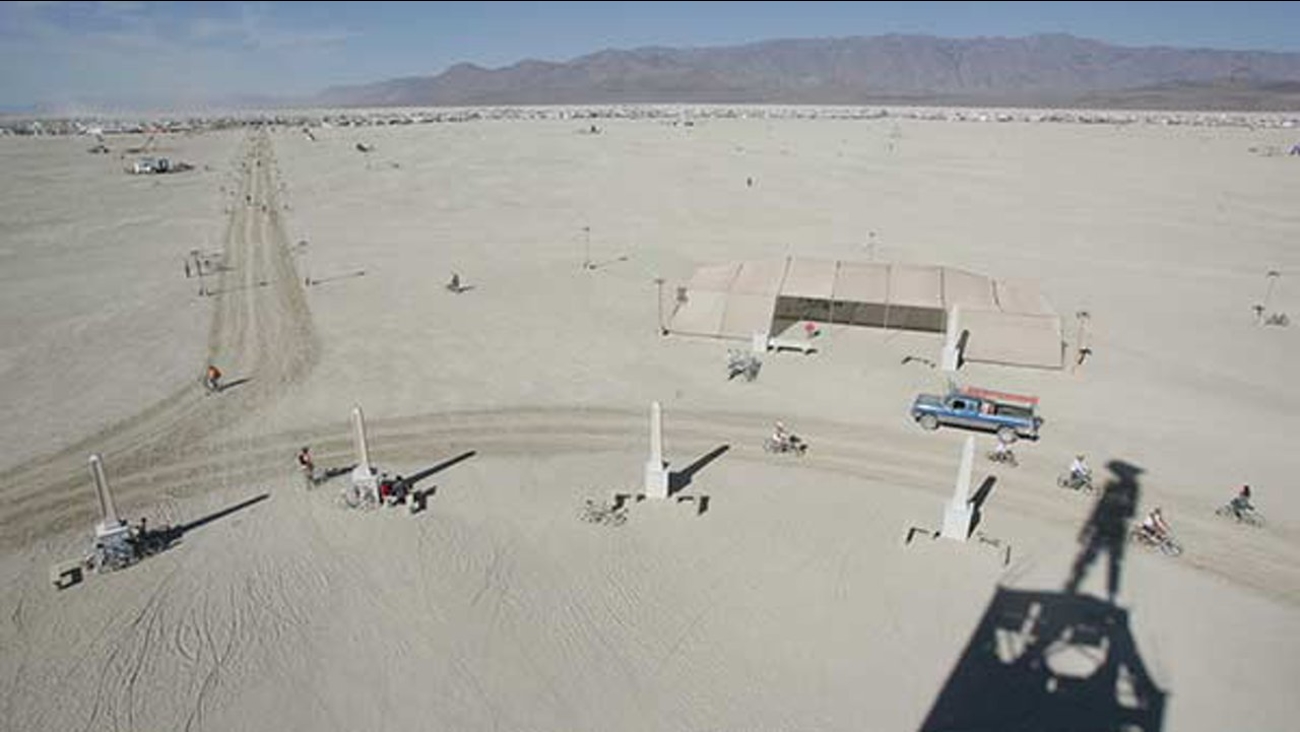 A man rushed past layers of security officers into a massive fire at the Burning Man festival's signature ceremony, suffering burns that left him dead just hours later.