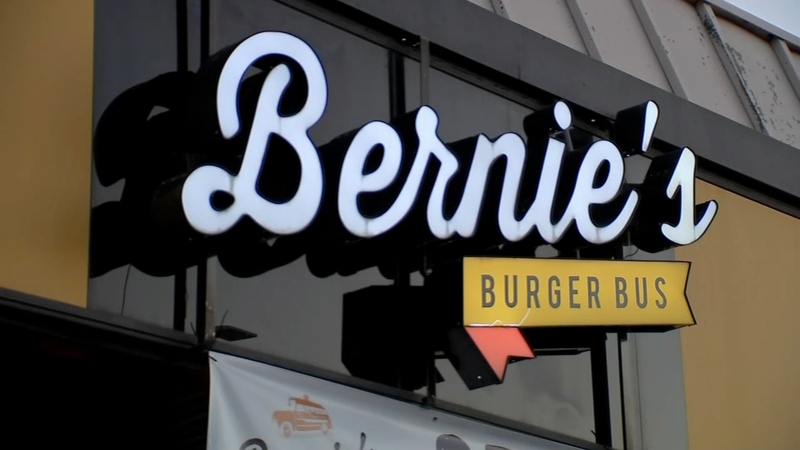 HOUSTON, Texas (KTRK) -- Bernie's Burger Bus started off small in Houston ten years ago. It began as a school bus, then converted into a food truck that served burgers that got the attention of foodies. It grew into four brick and mortar locations over the years.

Since the 'stay-at-home' order in Harris County, restaurants are restricted to take-out orders only.

"When that happened, as soon as we shut down, we saw sales decline so fast," said Justin Turner, owner and chef of Bernie's Burger Bus. "Not only because we lost in-house business, but our to-go business that represented 20 percent of our sales, that shrank too."

With no money coming in, he closed three of the four locations and is maintaining the restaurant in Bellaire.

"I had to make the painful decision of letting most of the employees go," said Turner on Sunday. "I didn't want to be the guy who couldn't pay them."

Turner maintains a small crew at the Bellaire location.

The bills have been piling up, and this week was especially tough. "I was almost out of money," he said.

"I was crying about this today, and what's making me cry, is David," he said.

Turner met David Atkins years ago at Atkins' small postal and package business in the medical center. "He was a great guy, and we became friends," said Turner. Atkins later closed that business to become a successful Houston realtor.

Atkins said, "he brought me business all the time, even when he could have gone somewhere else."

Atkins decided he would add to the friendship by spending the day with his young daughter delivering cheeseburgers he picked up from Bernie's, and gifting them to friends and neighbors.

"He bought a few thousand dollars in gift cards from us and said he wasn't going to cash them in. And then he placed all the orders today for burgers, and bought more gift cards," said Turner. "Any negativity I had going on this day, this week, is pretty much gone. To see a guy like that come in here and do something for me and the community."

Atkins generosity allowed Turner to make payroll this week. Though the future is still a work in progress, depending on when restaurants are allowed to fully reopen, Turner knows what's going to happen tomorrow.

"I'm getting married. I'm going to be at work in the morning, prepping, but I'm taking the afternoon off." He and his fiancée had planned a honeymoon in Italy, but that's been canceled.

Turner has been in the business since he was only 15, later became a chef, and in 2010 began operating out of a food truck.

"I built on that to expand to four restaurants. I can do it again," he said, along with the hope he received from his friend. "One cheeseburger at a time."