The other armed driver called 911 before stopping at a gas station to meet officers after the shooting, Brookshire police said.
KTRK 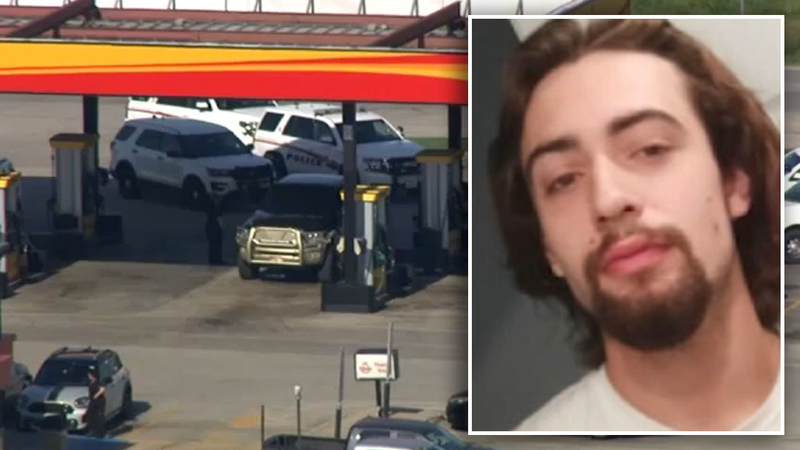 Road rage victim displayed rifle before being shot on I-10, police say

BROOKSHIRE, Texas (KTRK) -- The 21-year-old man who died after being shot while driving on I-10 had displayed a rifle at another driver who then opened fire with his own handgun, police said.

The Brookshire Police Department revealed the detail Friday, three days after Tyler Mitchell was wounded while behind the wheel of his black Dodge pickup. Mitchell was flown to Memorial Hermann hospital, where his family decided take him off life support Wednesday.

According to police, they received a call at about 4:40 p.m. Tuesday from a person who said he pulled out his handgun and fired at the driver of a pickup who showed his rifle while heading eastbound on I-10 coming from the Sealy area in Austin County. That caller, whom police have not yet identified, pulled over at a Love's Travel Stop, where he waited for law enforcement.

ORIGINAL STORY: Brookshire police investigating 2 different scenes in shooting that may have started with road rage

At about the same time, officers located the pickup stopped in the center median of the freeway, where the driver, who family later identified as Mitchell, was found shot.

Police haven't announced an arrest, but the case information was forwarded to the Waller County District Attorney's Office for further review and a possible presentation to a grand jury.

"Our condolences go out to the family of the deceased," the police department wrote in a news release Friday.

Eyewitness News spoke with Mitchell's family Wednesday before police revealed their loved one may have been the aggressor in the incident.

One of Tyler's cousins wondered why the person who shot Mitchell gave himself up.

"If you were just going to do that and turn yourself in, why do it? You could have pulled over and (taken) some breaths and calmed down," said Felisha Moss.

"You're a coward," Moss sharply said, directed at the gunman.

"Road rage isn't right. Shooting someone isn't right. If you're liable to shoot somebody with a gun, you shouldn't be able to own one, just for no reason," said Matthew Gomez, another cousin.

SEE MORE: Man taken off life support after Brookshire shooting that may have been from road rage, family says
EMBED More News Videos

Tyler Mitchell, 21, was taken off life support Wednesday after he was wounded in a shooting that may have started with road rage, his family said.