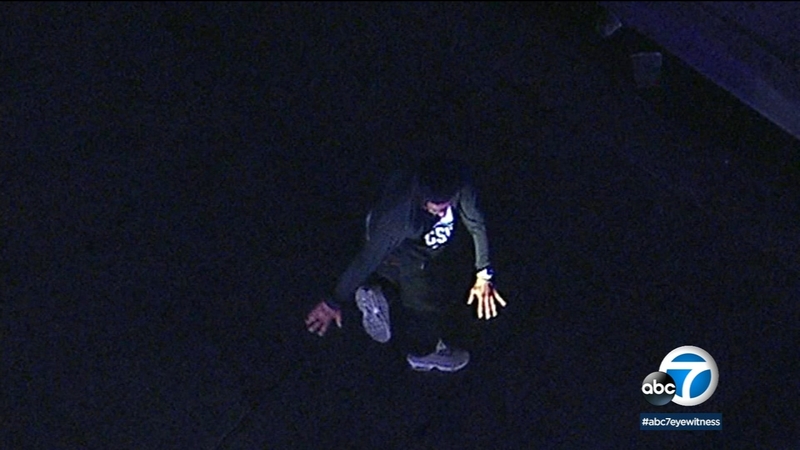 PACOIMA, LOS ANGELES -- A slow-speed chase through the San Fernando Valley ended with the suspect breakdancing as officers held him at gunpoint.

The chase began in Calabasas when California Highway Patrol officers said a reckless driver failed to yield to commands to stop.

[Ads /]
The driver led officers on a chase over the 101 Freeway through the San Fernando Valley, north on the 405 Freeway and east onto the 118 Freeway.

The suspect mostly drove at speeds under 60 mph, making no evasive maneuvers to escape the officers but also declining to pull over.

He slowed to about 20 mph on the 118 and then exited on Laurel Canyon Boulevard.
[Ads /]
Officers followed closely behind and were finally able to spin out his vehicle with a PIT maneuver in the Pacoima area.

He got out of the car and complied with officers' orders, but then at one point began breakdancing.

After the brief show, officers were able to take the man into custody without further incident.