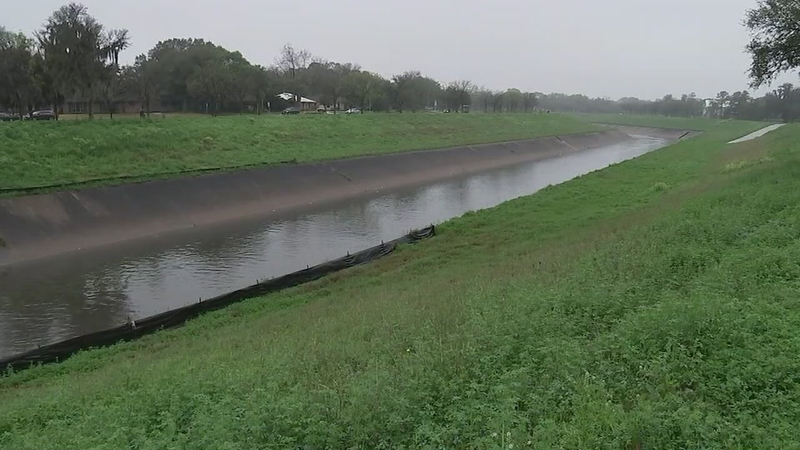 HOUSTON, Texas (KTRK) -- Some Houston neighbors are prepared to deal with traffic back-ups if it means fixing their flooding problem.

On Tuesday, Eyewitness News learned Harris County commissioners will consider a traffic study at next month's meeting. The reason: the Harris County Flood Control District said it might need to close eight bridges at the same time to work on the Brays Bayou flood reducing project, also known as Project Brays.

"We were going to go and get out before it got bad, and then once we realized it did get bad, we couldn't get out," Dick Depugh recalled.

Depugh, who lives near Brays Bayou, received a few inches of water in his house.

He and his wife were forced to live in a hotel for more than a month. When they returned, they noticed a difference.

Help is on the way to reduce Brays Bayou flooding. For more than 20 years, the Harris County Flood Control District and U.S. Army Corps of Engineers have worked to change the channel to reduce the risk of flooding.
Project Brays is entering its final phase. Now, 13 bridges need to be worked on, and up to eight of them might happen at the same time.

"If they're going to close everything, I don't know how I'm going to get home," Depugh said.

It won't be all, and the county is already thinking about traffic, which is why it'll consider a study next month.

"Knowing how busy the Medical Center is, the NRG area for the rodeo and other events, we didn't want to get into a situation where we caused a traffic snarl every single day," said Matt Zeve with the flood control district.

The county said the study shouldn't delay the project. It hopes to finish within three years. Not just good news to reduce flooding, but people's wallets.

Once complete, a number of homeowners, including Depugh, will move from the 100-year floodplain, to the 500-year floodplain, reducing insurance premiums. It's a cost Depugh knows he needs after what happened the last time Brays Bayou flooded.

"We're going to stick it out because we were right on the fringe of the flooding, and we're hoping the Brays Project will keep the water out," Depugh said.

We asked how soon it could be when those bridge closures take place. The county said that'll depend on the outcome of the study.