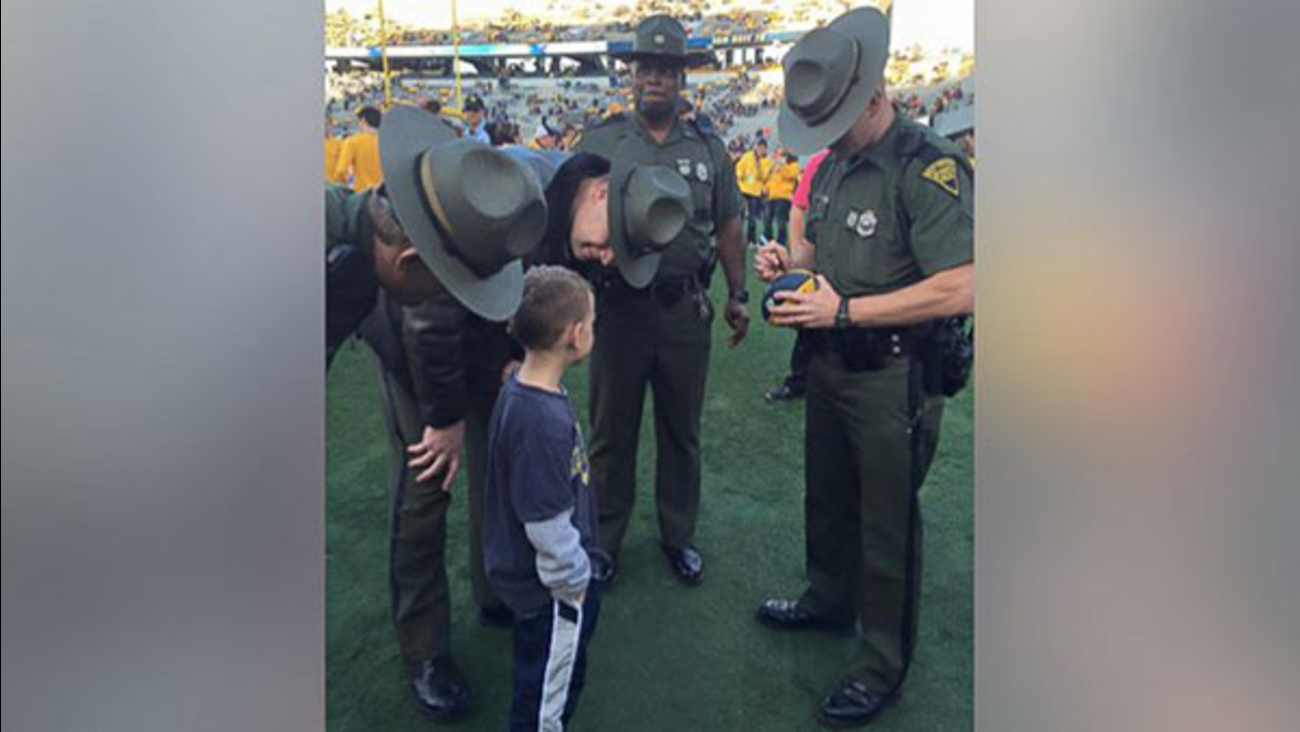 A young boy asked for autographs from his West Virginia State Troopers after a college football game instead of the players, calling the troopers his heroes.

Braedon Mullins, 6, was attending a West Virginia University game against Oklahoma State, his mother Dreama Crowder Mullins told ABC News. After the game, as Braedon, his mother and his older brother walked towards the field, the boy spied the troopers. His mother says his eyes lit up at the sight of them.

"He stood tall and proud and saluted them, and walked up and asked them if they would sign his football for him because they were his heroes," Dreama told ABC News. She says while his older brother got an autograph from one of the WVU players, Braedon only wanted signatures from the officers.

"Braedon has always been fascinated with the West Virginia State Police, with the uniform and the lights," Dreama said. She said her son dreams of being a trooper with his own police dog when he grows up.