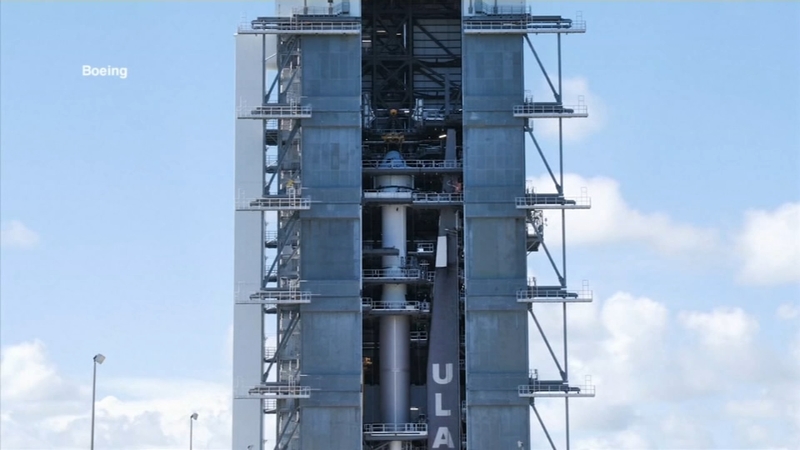 CHICAGO -- Chicago-based Boeing was expected to take center stage at the Kennedy Space Center Tuesday afternoon, as the Starliner was set for liftoff, but the flight was scrubbed hours before.

Boeing Space tweeted at 9:25 a.m. CT that the flight had again been called off. No reason was given, and no new launch time was announced.

This was the company's second chance to prove it can safely carry a crew to the International Space Station after a launch in December 2019 failed to reach orbit.

It comes after billionaires Richard Branson and Jeff Bezos both blasted off in their private spacecrafts.

No humans will be on the test flight when it does proceed. Instead, they'll take measurements with a test mannequin, named Rosie the Rocketeer.

"From the engineering side, a capsule is really an ergonomic way to go," Fincke said. "Whether it's a Dragon or a Starliner, the purpose is to get us safely to the International Space Station and back."

Flying with him will be astronaut Nicole Mann, who said this year's slate of space launches will open the door for the future.

This flight also comes as investors and customers are keeping a close eye on Boeing as it continues to grapple with a series of controversies and scandals, most notably with its 737 Max aircraft and questions about its internal safety culture.

The Starliner was scheduled to launch from Florida Friday afternoon and dock with the ISS on Saturday. But when a new laboratory module from Russia, called Nauka, docked at the space station Thursday morning, the module's thrusters began unexpectedly firing.

Though NASA confirmed no one was in danger and ground teams regained control of the space station after about an hour, Starliner's take off was delayed in order to allow mission control to "continue working checkouts of the newly arrived Nauka module and to ensure the station will be ready for Starliner's arrival."

The 45th Weather Squadron at Patrick Space Force Base previously said there was a 40% chance that poor weather would postpone the launch further, CNN reported.