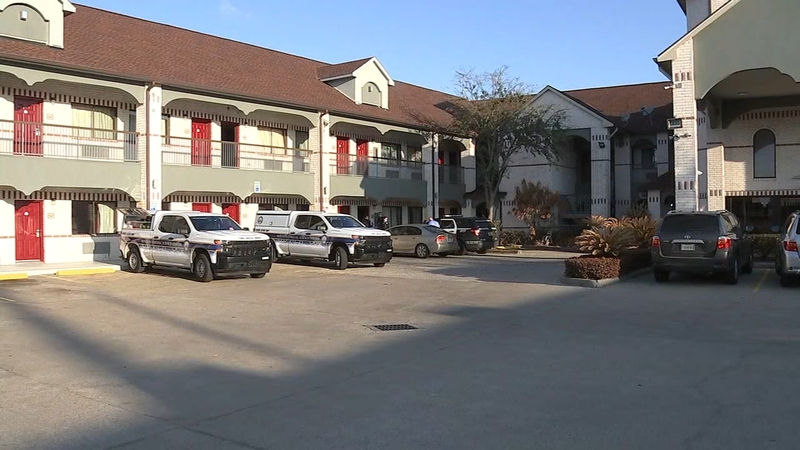 HOUSTON, Texas (KTRK) -- A Houston man has been charged with murder in the death of a young woman found dead inside a southwest Houston hotel room.

A security guard made the discovery at the Scottish Inn Saturday at around 5 a.m. in the 9600 block of W. Sam Houston Parkway South near Bissonnet Street.

Investigators told ABC13 there was a struggle inside the room. The victim, identified as 18-year-old Kenya Hall, was reportedly strangled.

Authorities say Hall had checked into the hotel with a man who was captured on surveillance cameras leaving the hotel. Officers were able to locate him and take him into custody, according to HPD Sgt. Mike Cass.

"West patrol did a great job of apprehending him shortly after the call came in," Cass said. "They have very good security cameras here and shortly thereafter, we were able to identify a potential suspect."