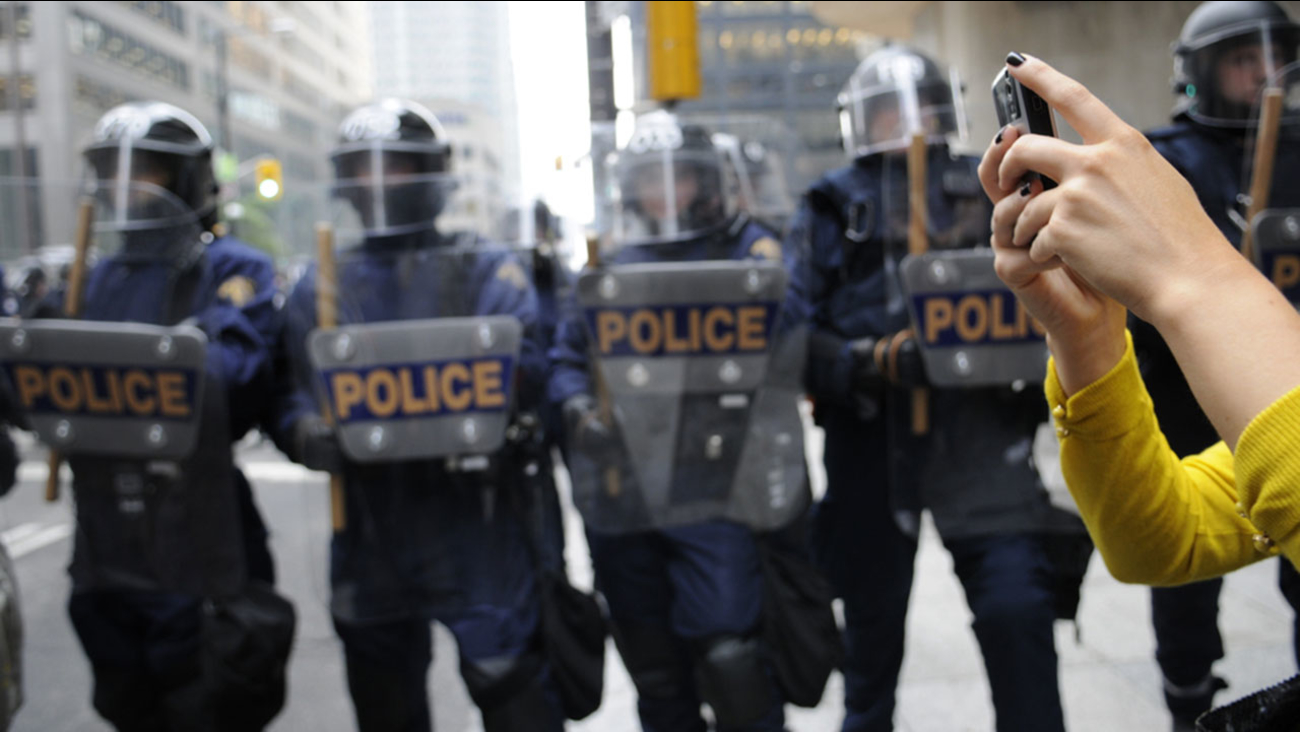 RALEIGH, NC -- Recordings from law enforcement body and dashboard cameras will not be considered public records in North Carolina under a law signed Monday by Gov. Pat McCrory.

Bystander videos posted online have fueled protests nationwide following last week's killings of black man by white officers in Louisiana and Minnesota, and the attack by a black sniper that killed five officers at a march in Dallas. Police videos of these crime scenes have yet to be made public.

The law clarifies that body and dashboard camera recordings cannot be kept confidential as part of an officer's personnel file - a practice that has kept some images from being scrutinized indefinitely.

"If you hold a piece of film for a long period of time, you completely lose the trust of individuals," the governor said. On the other hand, "we've learned if you immediately release a video, sometimes it distorts the entire picture, which is extremely unfair to our law enforcement officials."

"In North Carolina we're going to walk that fine line and do the right thing," McCrory said.

While 29 other states and D.C. have laws addressing police camera recordings, North Carolina joins at least five other states that exempt them from public records requests, according to the National Conference of State Legislatures.

Supporters say the law, which will take effect in October, will protect the privacy of crime victims and suspects as well as officers. McCrory says the uniform system of requesting access will increase public safety.

People who appear in the police videos, or their representatives, can ask to view but not copy the recordings. But a law enforcement agency can deny such a request to protect a person's safety or reputation or if the recording is part of an active investigation.

"It comes down to a personal or moral level of whoever the police chief is," said Wanda Hunter of the Raleigh Police Accountability Community Task Force. "If it's someone you constantly come head to head with, you can just hang it up there."

Once denied, a requester could seek permission from a judge, who can consider whether there's "compelling public interest" in releasing it.

Prosecutors also would have access, to see whether an officer's actions were legal.

The American Civil Liberties Union of North Carolina called it a "shameful law" that will make holding police accountable for their actions "nearly impossible."

"People who are filmed by police body cameras should not have to spend time and money to go to court in order to see that footage. These barriers are significant and we expect them to drastically reduce any potential this technology had to make law enforcement more accountable to community members," Susanna Birdsong, Policy Counsel for the ACLU of North Carolina, said in a statement.

More than 3,000 people signed a petition delivered to McCrory Friday seeking his veto of the bill, which passed overwhelmingly with bipartisan support last month.

The state's sheriffs' and police chiefs' associations have offered strong support, saying the law will increase public access, because it makes clear the recordings are not personnel files and requires each agency adopt written policies for how officers use of body cameras.

"We anticipate that at some point members of the press will take the new law out for a test drive to determine how well it's going to work," said Mark Prak, a lawyer for the North Carolina Press Association. "Lord knows the events of the past week made clear that in order for the public to understand what's going on in the world, that kind of video can be really telling."
Related topics:
north carolinacivil rightspolicebody cameras
Copyright © 2021 by The Associated Press. All Rights Reserved.
TOP STORIES
Lakewood's 'Good Samaritan' plumber to get reward, Crime Stoppers say
Major outage hits Amazon Web Services; many sites affected
CPS policy at center of girl's filmed attack with adult doing nothing
Female sergeant beaten and sexually assaulted by inmate, HCSO says
Former Pres. G.W. Bush strategist pulls out of Texas lt. gov. race
Residents move into home, then find human remains in backyard
Nick Cannon mourns loss of his 5-month-old son Zen to brain tumor
Show More
Cooling off overnight, even stronger cold front this weekend
Dusty Baker's role as stabilizing manager of Astros wins him big honor
6 people shot across Houston area in span of 6 hours overnight
Whataburger gives $500,000 for scholarships
Navy Seaman killed at Pearl Harbor buried in Texas hometown
More TOP STORIES News