The famed actor is most known for his role as beloved father Danny Tanner on the ABC sitcom 'Full House.'
KTRK 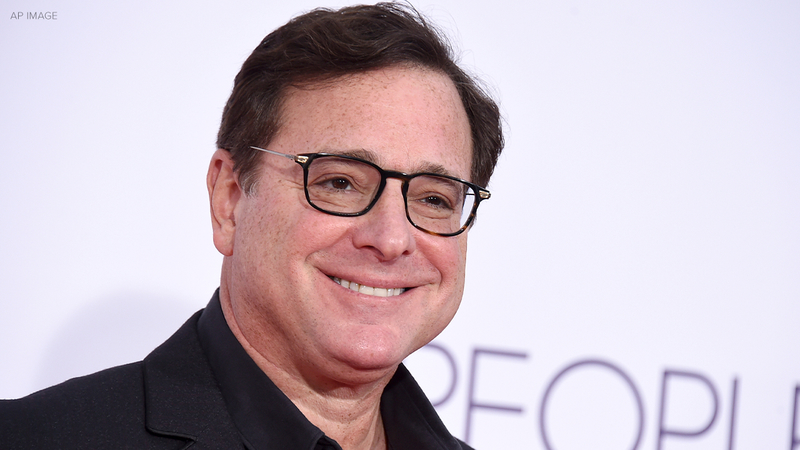 ORLANDO, Fla. -- Bob Saget, the actor-comedian known for his role as beloved single dad Danny Tanner on the sitcom "Full House" and as the wisecracking host of "America's Funniest Home Videos," has died, according to authorities in Florida. He was 65.

The sheriff's office in Orange County, Florida, was called Sunday about an "unresponsive man" in a hotel room at the Ritz-Carlton in Orlando, according to a sheriff's statement on Twitter.

The man was identified as Robert Saget and death was pronounced at the scene, the statement said, adding that detectives found "no signs of foul play or drug use in this case."

Earlier today, deputies were called to the Ritz-Carlton Orlando, Grande Lakes for a call about an unresponsive man in a hotel room. The man was identified as Robert Saget & pronounced deceased on scene. Detectives found no signs of foul play or drug use in this case. #BobSaget pic.twitter.com/aB1UKiOlmi

Saget was in Florida as part of his "I Don't Do Negative Comedy Tour," according to his Twitter feed.

Fellow comedians and friends praised Saget, not only for his wit but also his kindness.

Bob Saget, a comedian and actor best known for his role on the sitcom "Full House," has died. He was 65.

"I am broken. I am gutted. I am in complete and utter shock. I will never ever have another friend like him," wrote John Stamos, who co-starred with Saget on "Full House. "I love you so much Bobby."

Norman Lear, who called Saget a close friend, wrote the comedian "was as lovely a human as he was funny. And to my mind, he was hilarious."

"In often a ruthless business he was historically not just hilarious but more importantly one of the kindest human beings I ever met in my career," actor Richard Lewis wrote on Twitter.

Saget's publicist didn't immediately respond to a request for comment.

Saget the stand-up showed his flip side with what become a much-talked-about cameo in the 2005 documentary "The Aristocrats" - in which 100 comics riffed on the world's dirtiest joke - that revealed his notoriously filthy sense of humor.

Saget, also the long-time host of "America's Funniest Home Videos," played squeaky clean Danny Tanner, a widower and father to three young girls, on "Full House," the ABC sitcom that also brought fame to Olsen twins Mary-Kate and Ashley when it debuted in 1987.

"We are deeply saddened by the sudden loss of our friend and colleague, Bob Saget, who will always be a member of the ABC family. Whether playing a loving father on 'Full House' or hosting the early years of 'America's Funniest Home Videos' with his signature wit and charm, Bob always knew how to connect with families through heart and humor. Our thoughts are with his family as we mourn the passing of such an incredibly gifted comedian and talent," ABC Entertainment said in a statement.

SEE ALSO: Comedians, friends, co-stars react to death of Bob Saget: 'I am broken. I am gutted'

The show's popularity didn't deter critics, some calling it cheesy and others deeming it unreal. Saget, as amiable and droll in an interview as he was on TV screens, took the brickbats in stride.

"'Full House' was a loving kind of show but obviously over the top. It had its heightened reality, a glossy Willy Wonka quality to it," he said in 2001.

That year, Saget took another pass at playing a widowed dad with winsome kids on the short-lived sitcom "Raising Dad."

He found himself repeatedly fielding questions about his habit of playing sitcom widowers, and had a ready response: "(Kevin) Costner does three, four baseball movies and that's OK. There's my rationale."