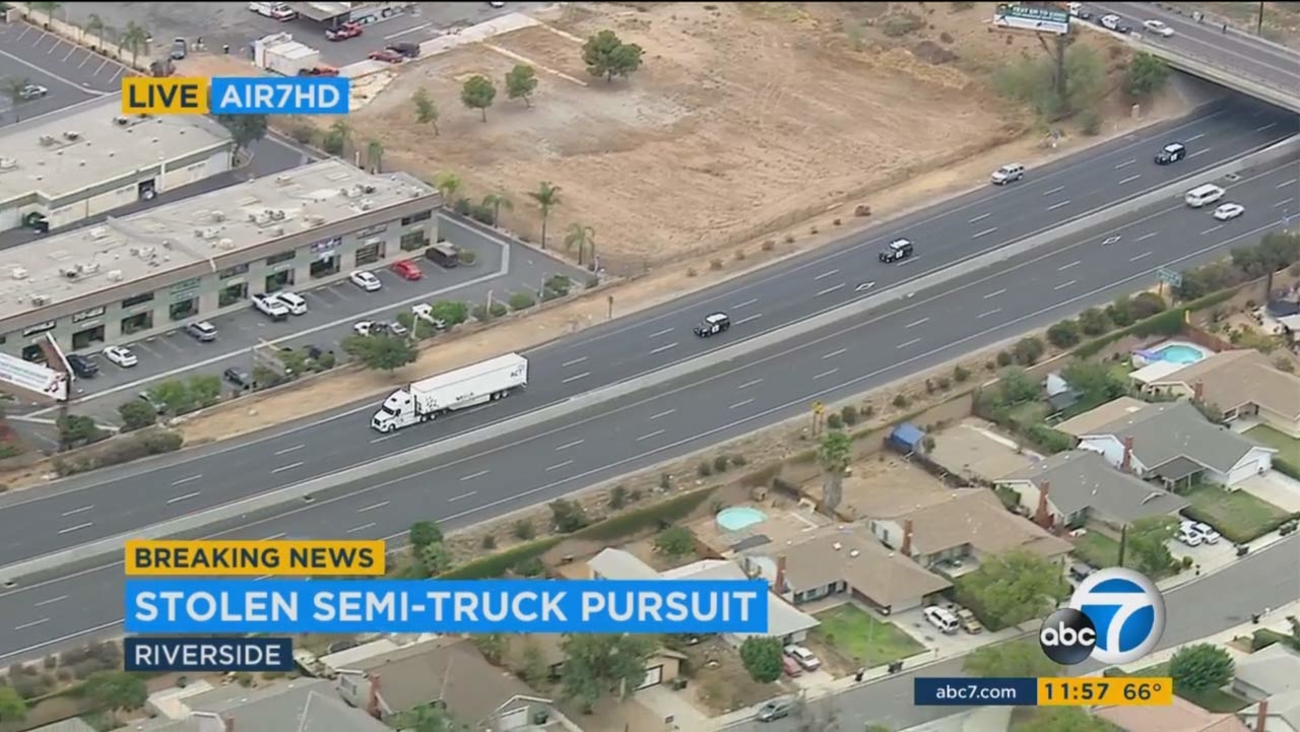 Police are chasing a stolen big rig in California.

Keep checking back on this page to get real-time updates as this story unfolds. To get alerts for breaking news, download the abc13 news app for iPhone or Android. You can also get breaking news alerts sent to you by email.
Related topics:
californiau.s. & world
Copyright © 2022 KTRK-TV. All Rights Reserved.
TOP STORIES
Bodies found in back seat and trunk of burning vehicle in Liberty Co.
Manhunt for Pct. 5 corporal ambush suspect ends with arrest in Mexico
Attorney of man questioned in dad's death 'concerned about his mental'
EPA announces cleanup plans to address Fifth Ward cancer cluster
Investigation underway in pregnant woman shooting
Search underway for suspect in Texas City double shooting
New Buffalo Speedway bridge opens over Brays Bayou
Show More
ABC13 sits down with 3 of 5 Democrats looking to unseat AG Ken Paxton
You could get paid to get your COVID vaccine or booster
Man who sold weapon to Colleyville synagogue standoff suspect charged
Will Clayton find love in Houston? The Bachelor announces watch party
Unhealthy habits are leading to immune diseases, researchers say
More TOP STORIES News