Key things to watch on election night in Texas 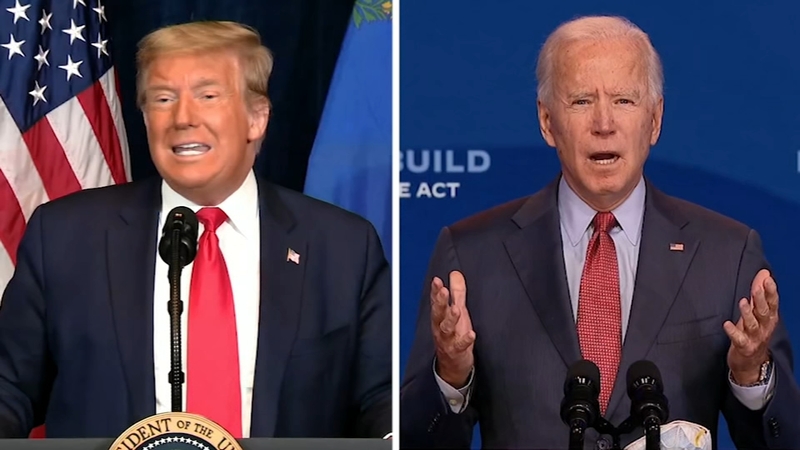 Is Texas a toss-up? Key races to watch tonight

Everyone who covers politics has an opinion (or lots of them), so take this post with a grain of salt. I'm not picking winners or losers but rather offering some indicators as to how the night might unfold.

First, I don't think we will know a winner on election night. This is not unprecedented in recent elections. We all remember 2000 and Bush versus Gore. It took a month, much of it I spent in Tallahassee on assignment, to ultimately determine the winner of the Electoral College. Four years later, it was the following day that John Kerry conceded defeat to George W. Bush. So, not knowing the results tonight does not mean anything is wrong with the system.

That said, we should know results in Texas tonight. Already, more than 9.7 million people have voted. Sources with the Texas Democratic Party have told me that if the total gets to 12.5 million, another 2.8 million voters today, then they win up and down the ballot statewide. Republican sources suggest that more Republican voters are on the table today, and so a high turnout benefits them, especially because of rural voters who tend to vote Republican and on Election Day.

VOTE 2020: What you need to know before heading to the polls in Texas

The big question might be, both here and nationally, will Texas turn "blue"? Good question with several answers.

I think there are three metrics by which one would consider the state becoming a deeper shade of purple or blue. One is the Texas House of Representatives. Republicans have controlled the House in Austin since 2002. They narrowed their deficit in 2018 with Beto O'Rourke at the top of the ticket. Can they flip the nine seats they need to control the House and lead the effort to redraw Texas' congressional districts over the next decade? If they do, that is one measure.

Another question is who wins the presidential race in Texas. Jimmy Carter was the last Democrat to win the state in 1976. Since then, Texans have voted for Reagan twice, a Bush four times, Bob Dole, John McCain, Mitt Romney, and President Trump. Most polling has the race within the margin of error, but it certainly trends in the president's favor. If Biden did manage to win, it would signal a seismic shift in national politics and make winning the White House almost impossible for Republicans.

The last measure might be the race for the U.S. Senate. John Cornyn is in the middle of a tougher than expected fight against MJ Hegar. Hegar lost a congressional bid two years ago but has outraised Cornyn with a lot of support from the national party. Her advertising is ubiquitous, and she is trying to tap into what appears to be a major gender gap at the top of the ticket. A win for Hegar would be a major upset and signal Texas is shifting toward blue territory.

As for the national races, several key states are likely to decide the race for president. You've heard of them for weeks and they are Florida, North Carolina, Ohio, Michigan, Minnesota, Pennsylvania, Arizona, and Nevada. All of them could play a major role in who wins the electoral college. Though we will probably have to wait for results in several of those states because of the high number of absentee/mail-in votes and the decision by some of the states not to count those votes until today, there are some yard sticks by which we can gauge the direction of the race.

Florida could be decided early tonight. If Biden wins, that's a serious blow to the president's reelection bid. If the president wins, it signals we might not know the winner for days. North Carolina could be another sign as to how the race for president plays out. Election officials there have said we'll know "most" of the results on election night. Again, if Biden wins, it narrows the president's path. If Trump wins, it's another good sign for him that a closely contested race falls into his column.

Bottom line: Nobody knows anything until we all know everything. Yes, that's a cop out, but this is an irregular year in so many respects. Patience is the key.

Will the U.S. Senate flip? This is another key thing to watch because even if Trump wins reelection, a Democratic Senate greatly diminishes his ability to push legislation. There are key races in Arizona, South Carolina, Texas, two in Georgia, Maine, and Montana. Pay attention to how those races play out as they are critical to how Washington will or won't function over the next two years.

As for congressional races, pay attention to districts 22 (an open seat-R), 7 (Lizzie Fletcher-D), 2 (Dan Crenshaw-R), and 10 (Michael McCaul-R). All of these races feature well-funded candidates on both sides.

Again, these are just my suggestions as to what to watch for on election night. Be safe out there and, if you have not already, please go vote.

When will we get the results? It's not that simple. ABC13's Jessica Willey spoke with an elections expert who's laying out the expectations.

How we count votes on Election Day is changing a bit and there's plenty to process. What does this mean for you? ABC13's Keaton Fuchs explains it all in the video above.