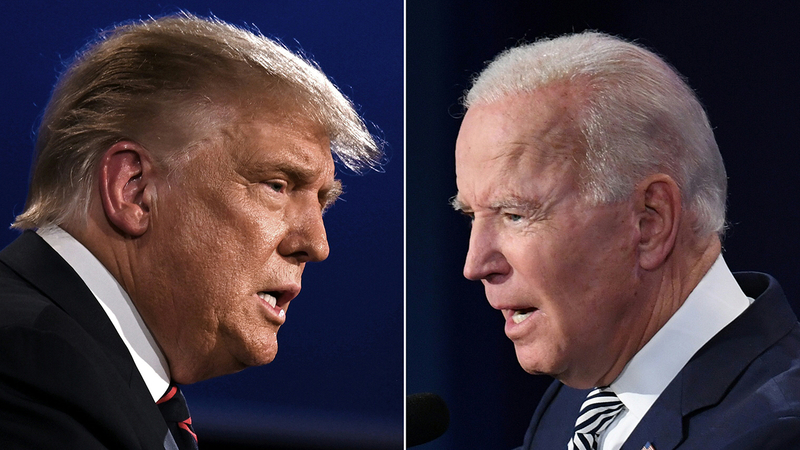 WASHINGTON -- Democratic presidential candidate Joe Biden will join ABC News for a town hall on Oct. 15, which was scheduled after President Donald Trump backed out of next week's virtual presidential debate Thursday. NBC News confirmed Wednesday that it will host a town hall with Trump at the same time.

The former vice president will answer questions from voters at the primetime event in Philadelphia. ABC News Chief Anchor George Stephanopoulos will moderate.

Additional details, including the time the town hall airs, will be released in the days ahead.

Less than a week after Trump was hospitalized for COVID-19, the nonpartisan Commission on Presidential Debates announced Thursday that the town hall debate scheduled for Oct. 15 would be held virtually. The commission planned for the candidates to debate remotely as the moderator and voters would attend from Miami, as originally planned.

Shortly after the CPD announcement, Trump's campaign said he would not attend and host a rally instead.

"I'm not going to waste my time on a virtual debate. That is not what debating is all about," the president told Fox Business Thursday morning. "You sit behind a computer and do a debate, it's ridiculous."

In lieu of a formal debate, President Donald Trump has agreed to answer voters' questions during a town hall program sponsored by NBC News on Thursday night.

The event will be held outdoors at the Perez Art Museum in Miami.

NBC News says it has a statement from National Institutes of Health clinical director Dr. Clifford Lane indicating he and White House coronavirus task force member Dr. Anthony Fauci have reviewed Trump's medical data and concluded with a "high degree of confidence" the president is "not shedding infectious virus."