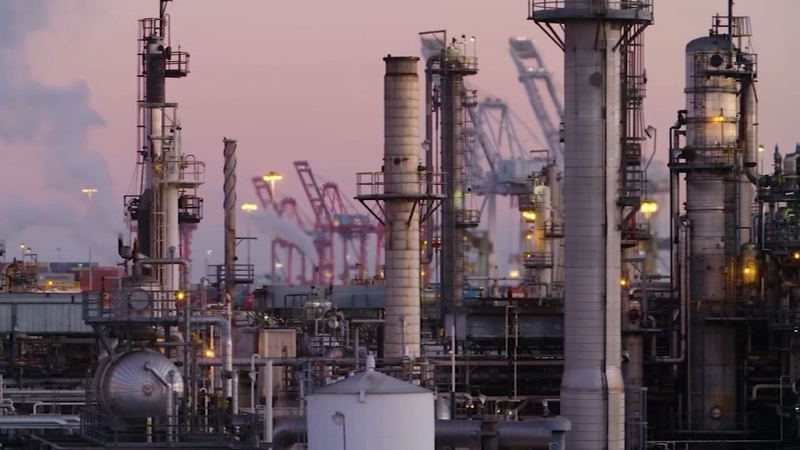 HOUSTON, Texas (KTRK) -- A group of top Republican congressional leaders worried about the future of oil and gas visited refineries in Houston to send a message to the new administration.

Republicans wanted to see the impact. They heard from one Houston-based company about how the order forced layoffs.

"It's very difficult to look someone in the face, and knowing they have small kids, grown kids, they're in college, and they have a mortgage and car payments and tell them, 'I'm sorry, we don't have a job for you,'" said Mike Thibodeaux, international senior vice president of Price Gregory.

Republican leaders said we're far from there, and halting energy progress will have an immediate impact.

"For the last year now, they've had to deal with COVID-19 and this pandemic," U.S. Rep. Troy Nehls said. "We're seeing the American family struggle each and every day, and now they get sucker punched again."

The Texas Oil and Gas Association estimates the Biden orders will cost 120,000 Texans their jobs by next year.

"I think 100,000 jobs is probably an over-estimation of what the impacts are going to be," said Ramanan Krishnamoorti, the University of Houston's Chief Energy Officer.

Krishnamoorti said it's not Biden's orders hurting the industry. The pandemic, and investors leaving oil and gas, are having a devastating impact.

The latest Texas jobs report shows 14,000 mining and logging jobs, which includes oil and gas, were lost in the Houston area last year, making it the fastest declining industry.

Developing a new energy source, Krishnamoorti said, will be key to helping Houston remain the energy capital of the world. He also said Biden's plan to invest $2 trillion is a good start.

"I would be worried, but the second phase of this, there are some incredible opportunities," he explained.

Republicans said energy workers can't wait for the new jobs to be developed, and they're worried about more people losing their jobs.

While in Houston, McCarthy outlined how the GOP plans to counter the president's orders.

"If President Biden is serious about any unity, come to Houston," McCarthy said. "Come to middle America. Come look in the faces of those workers who earn $80,000 a year, and tell them why you took their jobs away."