Bicyclist killed after being struck by car in north Harris County 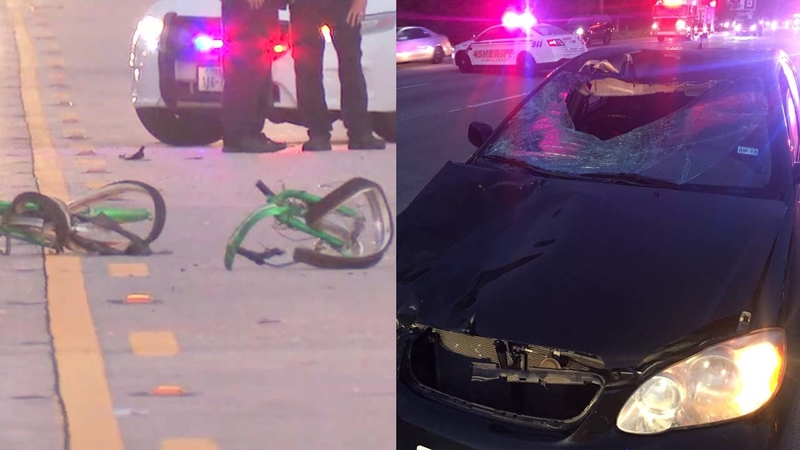 Authorities are investigating after a bicyclist was killed in a crash Friday morning in north Harris County.

It happened at West Mount Houston eastbound near Ella Boulevard around 5:50 a.m.

According to Harris County Sheriff Ed Gonzalez, investigators believe the cyclist pulled into a moving lane of traffic and was then hit by a car.

The man, who is believed to be around 30-40 years old, died at the scene. The driver stopped.

SkyEye was over the crash, where a bike ripped in half was lying in the middle of the road.

A black car at the scene has a smashed windshield and a caved in roof.

BREAKING: appears one person is dead in the middle of 249 near Ella (NW Hou). We see a broken bicycle and a black car with a cracked windshield and caved in roof. #abc13 #breaking pic.twitter.com/dgUi9WCdJr

After the crash, a separate vehicle stopped and was hit by another driver. According to a tweet from Harris County Sheriff Ed Gonzalez, the driver who hit that person fled the scene.

Fatality accident scene is at 2100 W. Mount Houston. After impact, a separate vehicle stopped and that vehicle was struck by another. The driver of that striking vehicle did flee the scene.

Only one lane of traffic is getting through eastbound on West Mount Houston, while two westbound lanes are open as several emergency vehicles have the road blocked.