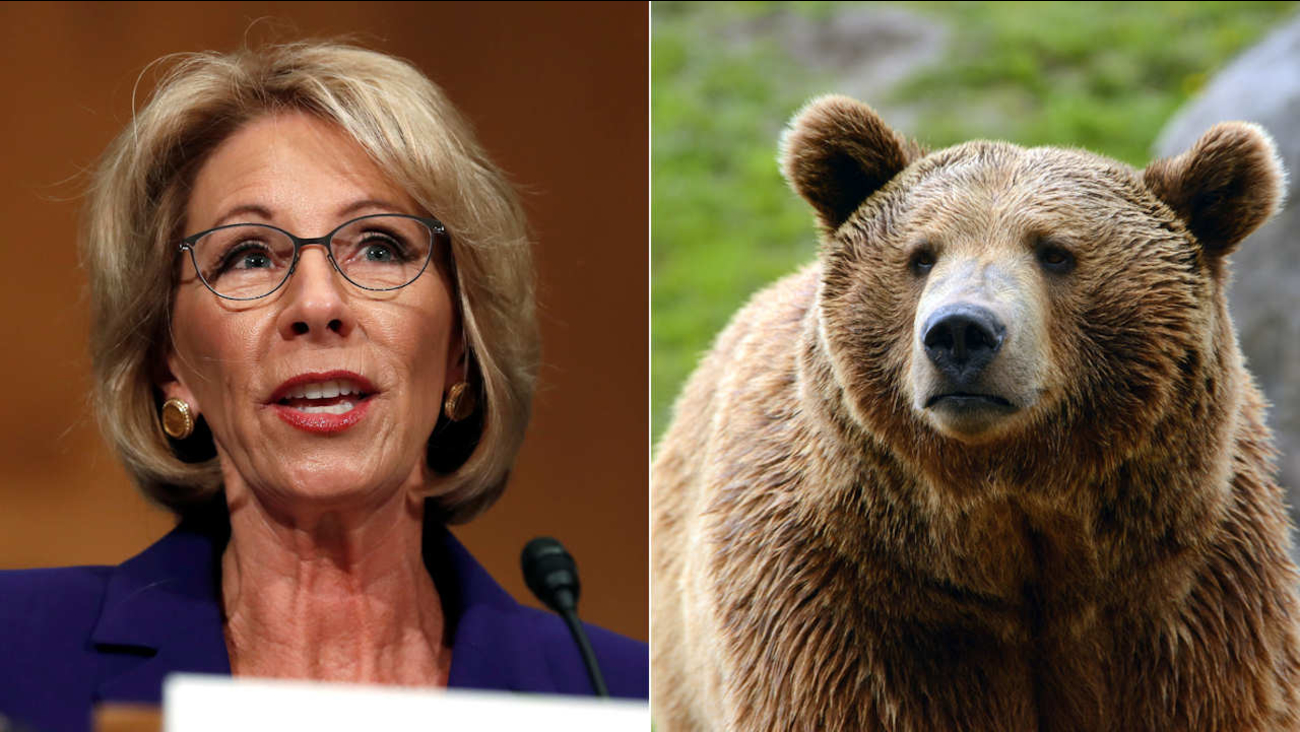 WASHINGTON -- Kids in remote schools in grizzly bear territory might need protection from the animals, so Donald Trump's choice to run the Education Department thinks it could be appropriate for teachers and administrators there to carry guns.

Betsy DeVos has told senators considering her nomination that she thinks "I think that's best left to locales and states to decide" whether guns belong in schools.

She was testifying Tuesday evening before the Senate Health, Education, Labor and Pensions Committee when she cited the example of a rural Wyoming school that she said might benefit from having educators armed with guns.

"I would imagine that there is probably a gun in the school to protect from potential grizzlies," DeVos said.

She added, "My heart bleeds and is broken for those families that have lost any individual due to gun violence."

Defenders of Wildlife, a national conservation organization, says the bears are found in Alaska, Idaho, Montana and Wyoming, with possibly a small number in Washington state.

DeVos is from Michigan, where she has spent more than two decades advocating for charter schools.