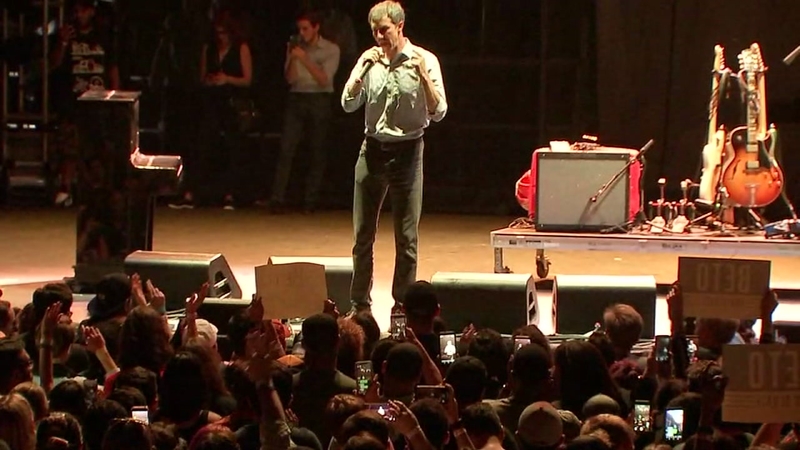 SEE ALSO: How to register to vote in Texas

From Houston rappers Bun B, Trae Tha Truth, and Willie D, to Grammy award-winning musician Win Butler, the outdoor event was about getting people excited about politics, about getting involved.

There were registrars throughout the venue, signing up Texans to do more than show up at rallies. The main attraction was Rep. Beto O'Rourke, who is in a dogfight with incumbent Republican Sen. Ted Cruz.

O'Rourke knows that to have a chance in November, he'll need new voters to carry him across the finish line. He believes they will show up.

"They're not in anyone's polls," he said of young voters. "They're not showing up in anyone's predictions. They will decide this election and it will be very positive for Texas, for the country and for the future. "

Meanwhile, Sen. Ted Cruz is also on the campaign trail this week. He's expected to be joined by President Trump, who tweeted last month that he would come to Texas for Cruz.