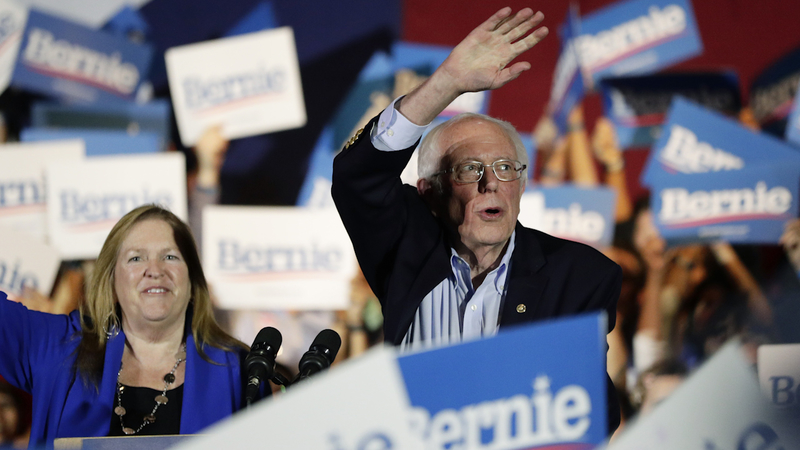 HOUSTON, Texas (KTRK) -- Bernie Sanders visited the University of Houston Sunday afternoon after taking the lead in the Nevada primaries on Saturday.

The democratic candidate spoke at UH's Fertitta Center at 1 p.m. Thousands of supporters gathered to rally with him ahead of the Texas Primary on Super Tuesday, March 3.

"We are going to defeat Donald Trump," said Sanders. "Because whatever your political view may be, the people are sick and tired of lies, corruption and fraud."

The doors are open and people are pouring in to see Bernie Sanders in Houston, a day after he won Nevada. https://t.co/wqCUbKOh57 pic.twitter.com/x5OSzZuNH0

This is Sanders' first visit to Houston since April 2019.

At the Nevada Democratic Primary caucus on Saturday, Sanders won 46% of the vote. He also held rallies in El Paso and San Antonio and will be in Austin late Sunday afternoon.

Lines are forming for the Bernie Sanders rally at the University of Houston. People in line tell me they think candidates have made Houston a priority on their campaign trail because the city is so diverse. https://t.co/wqCUbKOh57 pic.twitter.com/HxTN6hE1kR