Houston musician who was believed to be in danger due to health has been found safe, HPD says 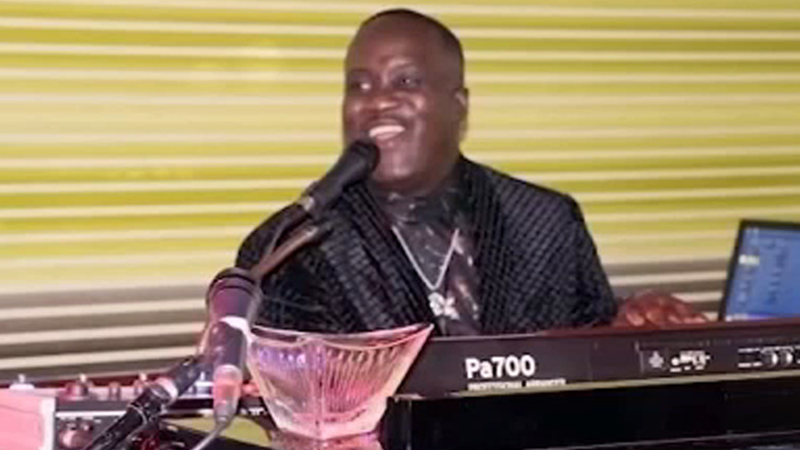 Missing musician could be in danger due to health, family says

SPRING, Texas (KTRK) -- A local musician who had been missing for almost a week has been found safe.

Concerns of 49-year-old Bernard Pierre's whereabouts grew after his family said Pierre left his Spring apartment sometime between the night of July 8 and the morning of July 9.

Not only that, but family members said Pierre was also recovering from a stroke.

On Thursday, almost a week after he was last seen, Houston police confirmed Pierre was found Wednesday and was taken to a hospital where he stayed overnight.

Authorities did not provide any additional information on where he was found but said he is safe.
Report a correction or typo
Related topics:
springsafetysearchamber alertmissing mansearch and rescuemissing person
Copyright © 2022 KTRK-TV. All Rights Reserved.
MISSING PERSON
Decades after TV anchor disappears, convicted rapist denies connection
HPD interviewing chase suspect about dad's death in Memorial area
Police looking for 28-year-old in connection with teen's abduction
Missing woman's cold case solved after car pulled from Brazos River
TOP STORIES
Daylight shows home destroyed after standoff with shooting suspect
What we know about man accused of shooting 3 HPD officers
5 people charged in connection with Pct. 5 corporal's murder
Driver dies after slamming into 18-wheeler's trailer on US-59
Woman shot in the shoulder during robbery set up in SW Houston
Prepare for a major closure at I-69 and 610 West Loop this weekend
Officers escort body of corporal killed in ambush to funeral home
Show More
Clouds clearing today, sunny through the weekend with rain next week
ABC13 obtains HPD scanner traffic of chase that led to shootout
10 injured in PA bridge collapse; human chain formed to help
Bayou Bistro and Bar owner killed in Texas City shooting
Remembering the crew of the Space Shuttle Challenger
More TOP STORIES News