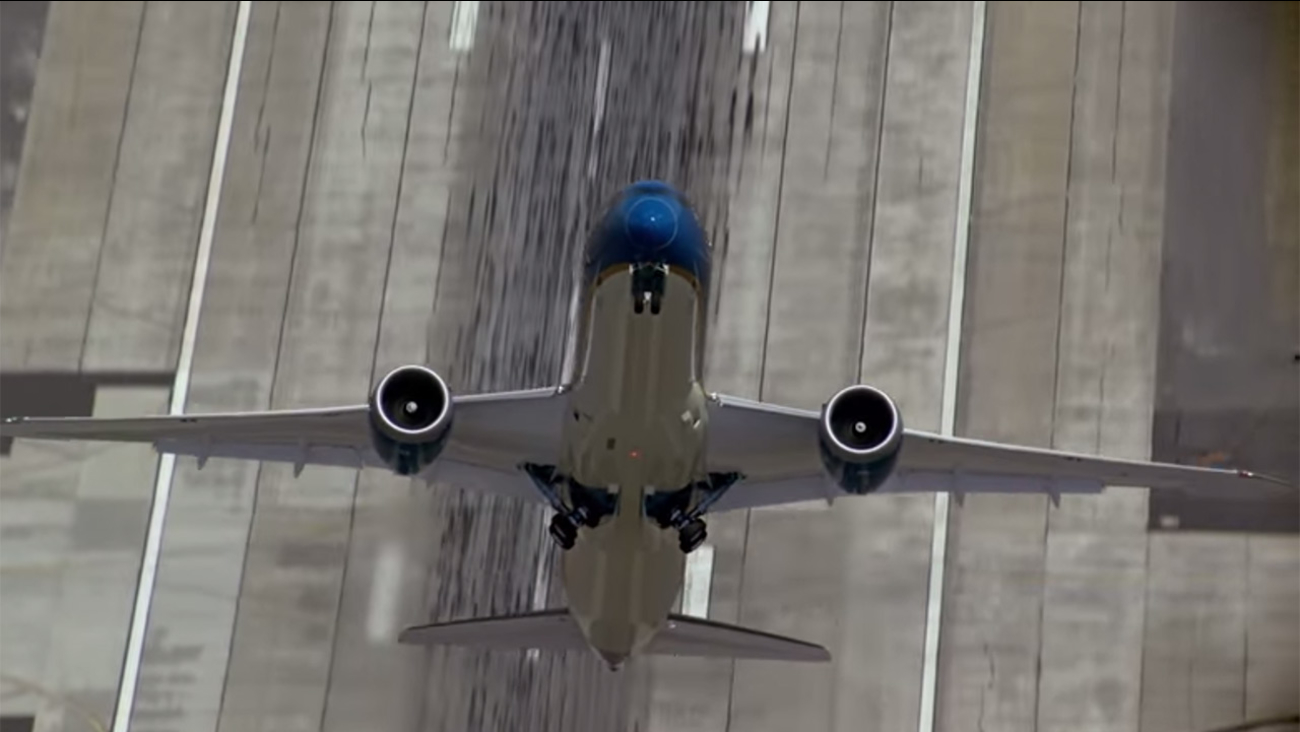 Prepare for take-off, and mind those "fasten seat-belts" signs.

This plane doesn't only take off, it takes up! Boeing is showing off one of its newest models, the 787-9 Dreamliner, ahead of the 2015 Paris Air Show on June 15. The feature that has everyone talking is the nearly 90-degree angle it reaches as it lifts off the ground.

In the video, the plane begins its take-off by launching into the air. Almost immediately, the plane appears perpendicular to the ground. Less than 15 seconds later, though, the aircraft has leveled out. It then proceeds to show off some sleek twists and turns through the air before coming to a not-so-abrupt landing.

The company says the new Dreamliner uses less fuel, in addition to other benefits.

"The advanced features of the 787 increase efficiency, simplify airplane ownership and operation, and significantly improve the air travel experience," the company wrote on its website.