Iconic Houston 'Be Someone' graffiti returns on overpass 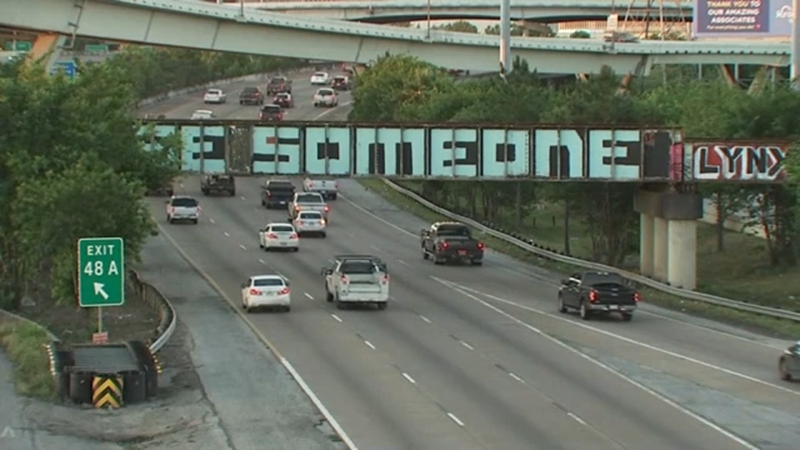 Iconic Houston 'Be Someone' graffiti changed to 'Wash Ur Hands'

HOUSTON, Texas (KTRK) -- After almost two months, it looks like Houston's iconic "Be Someone" sign is ready to get back to normal too.

In March, the graffiti on the overpass was changed to say "Wash Ur Hands." The message came one day after the first coronavirus death was confirmed in Washington state.

But on Thursday, the final day of the stay home order in Texas, the sign was seen sporting its regular "Be Someone" mantra.

Last November, the words "Be Sus" were shown painted on the trestle. It wasn't known how the altered saying fit into the context of the "Be Someone" message.
READ MORE: 'Be Sus' now spans freeway, and we had to look the word up

The iconic graffiti has been vandalized or altered before, only for the saying to reappear.

Though its considered a tourist attraction by some, it's still graffiti. The message sits on the north-facing side of a Union Pacific railroad bridge over I-10 and I-45 north of downtown.