KTRK
BAYTOWN, Texas (KTRK) -- More than a month ago, a critically ill dog was dumped beside a Baytown road. A driver nearly hit the animal as it tried to walk away, then collapsed. That's when he stopped the woman who was preparing to drive away in her truck.

His girlfriend took out her cellphone and recorded the encounter. They demanded the woman get the dog, put it in her truck, and take it to the Baytown animal shelter. They followed her to make sure that happened, but she lost them in traffic.

The video was posted on the "We Nosey in Baytown" Facebook page, and went viral. It also helped locate the dog, that had been dumped a second time that day.

Chip and Snip Rescue took the dog that came to be called "Republic" to Vergi Animal Hospital. After weeks of care, in critical condition, the pup is now in a loving home. The woman charged with dumping her is now in jail.

Donna Elaine Hubbard, 39, was arrested Thursday night by Baytown Police. She was charged with two counts of animal cruelty, including abandonment and failure to provide care.

When police went to her garage apartment Thursday night, Lt. Dorris said Hubbard tried to give a different name.

"We already knew who she was," he said.

The video was shared several million times since it was posted.

"It opens people's eyes to what happens everyday to dogs. It shows one being abandoned," said Brittany Everett, with Chip and Snip Rescue.

It's an example Lt. Dorris said of animal cruelty being taken more seriously, and prosecuted.

"People's attitudes have changed about animals and how they should be treated," he said.

Everett agrees. She rescues animals on a daily basis. It's Chip and Snip that is raising money to pay for the pup's veterinary bills. The rescue is also caring for a dog in Baytown that was stuck in a vehicle grille, after it was hit. The driver didn't notice it for several hours.

Hubbard's arrest and prosecution are what Everett pushed for since the night she picked up the very sick pit bull pup and helped save her life.

"There has to be consequences for animal cruelty," she said. "And there's social media and rescuers out there looking. If you do this, we will find you."

The dog was named Republic, for the street on which she was dumped. She's in the process of being adopted.

Chip-N-Snip rescue is raising money for her care on GoFundMe.

They also have a donation account on their Facebook page, to help with medical expenses for Republic and other animals.
Report a correction or typo
Related topics:
baytownanimal crueltyviral videoanimaldog
Copyright © 2021 KTRK-TV. All Rights Reserved.
RELATED 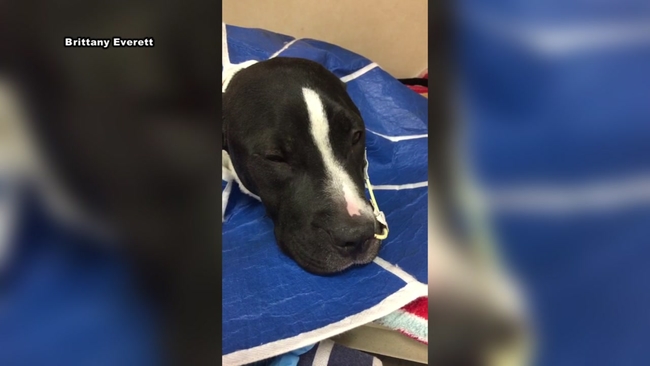 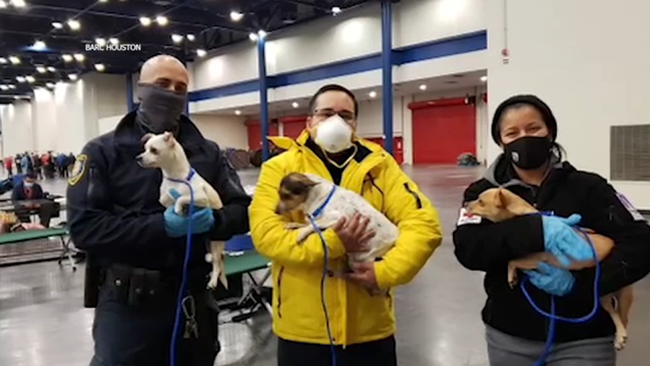 Shelters outside Texas took in rescued pets during storm Abbott to respond to criticism about ending mask mandate