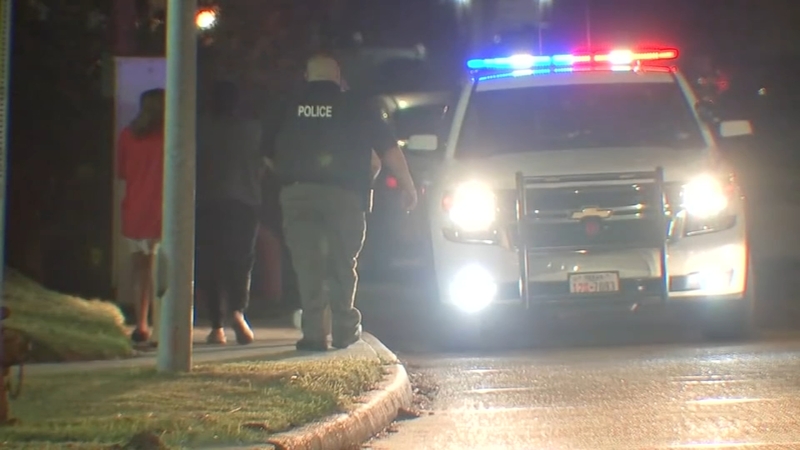 BAYTOWN, Texas (KTRK) -- A Baytown detective was followed onto a freeway and shot at by three men while searching for a wanted felon, according to police.

Police said the detective was in the 10000 block of Cedar Landing on Jan. 12 looking for a suspect when a SUV pulled up next to his passenger door.

The detective left the area because he did not feel safe, but he then noticed the suspects had followed him onto Highway 146, according to police. The detective notified other officers of the situation, but shortly after, the suspects started firing.

Despite one of the shots hitting the officer's vehicle, he was not injured.

Officers later found the suspects' vehicle at a residence off Booker Street. The three men - identified as 22-year-old Travis Menifee, 30-year-old Ty Thompson and 33-year-old Melvin Thomas - were detained and charged with aggravated assault with a deadly weapon.

Police said this marks Menifee's second aggravated assault charge after he was involved in a separate shooting on Jan. 7 on Donovan Street.

In that separate incident, court documents say Menifee was at the home of Avion Scates, with several others, filming music videos. Some time after the group finished filming, records say Menifee punched Scates in the face, pointed a pistol at him and demanded the victim give him "everything," records say. Multiple gunshots were exchanged by one or more other people, hitting Scates.

Authorities spoke with Scates' fiancée who said Menifee was involved in the aggravated robbery.